On Tuesday 9 June Fisheries Enforcement Officers received information from the Northumberland Inshore Fisheries & Conservation Authority (NIFCA) that the 50-metre unlicensed illegal gill net had been set on the beach at Holy Island.

It’s suspected the net had been set to take salmon and sea trout as well as any other sea fish. Migratory fish were entangled in the net when it was recovered.

The Environment Agency is investigating where the nets have come from and the whereabouts of any migratory fish and sea bass that were taken from the nets.

It’s the fourth net of its kind that the Environment Agency has seized in recent weeks.

Last week (1 June) they recovered two illegal and unlicensed gill nets – one measuring 75 metres and the other 15 metres – from the River Blyth Estuary at East Sleekburn. And at the end of May (27 May) they recovered a 40-metre net at Skinningrove in Redcar and Cleveland.

And NIFCA also previously seized a similar 100-metre gill net on the beach at Lynemouth, Northumberland on 21 May. 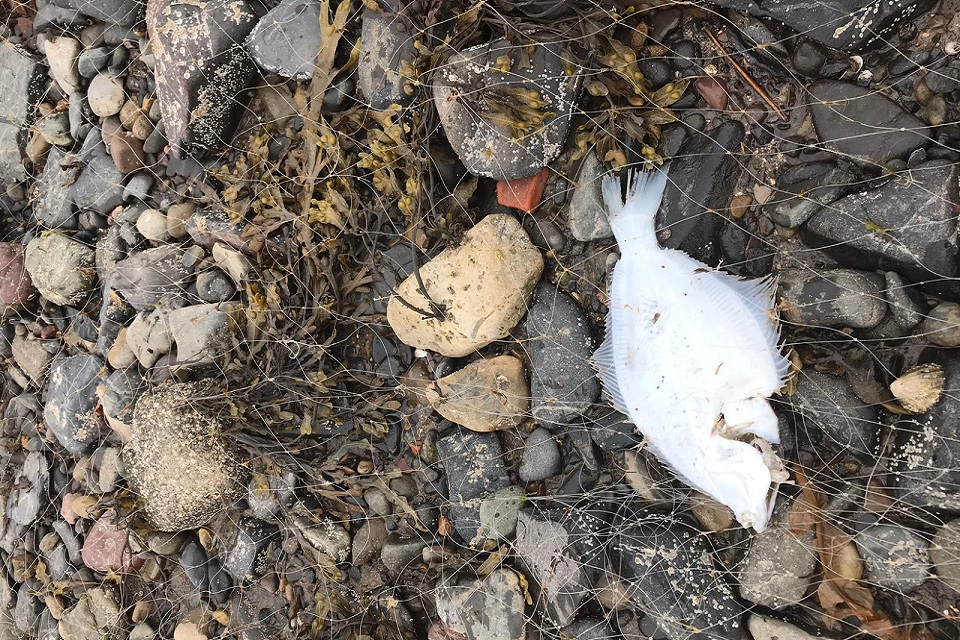 One of the fish caught in the illegal net

These nets are indiscriminate in nature and are illegal for a reason which is why we take these recoveries so seriously.

We’ve had a series of reports and recoveries over recent weeks from across the area and our Fisheries Enforcement Officers are investigating.

Not only are they capable of catching and killing fish indiscriminately they are also capable of causing awful injury to sea birds and mammals.

Fisheries is very carefully managed to protect the future of the industry and ensure fish can get to their breeding grounds to spawn. I’d urge people to report information about illegal fishing activity to us so we can take action.

Fisheries Enforcement Officers are actively patrolling the North East rivers and coastline and responding to reports of illegal fishing.

A licensed, strictly regulated and managed sea trout fishery operates off the coast of Northumberland, but the use of illegal nets have a serious impact on sea trout and salmon returning to rivers to spawn.

Those who operate unlicensed nets risk prosecution, with unlimited fines and possible prison sentences available to the courts, and Environment Agency officers can seize equipment and vehicles.

Information about illegal fishing can be reported to the Environment Agency’s 24-hour incident hotline on 0800 80 70 60.

Environment Have your say at York flood alleviation scheme’s…