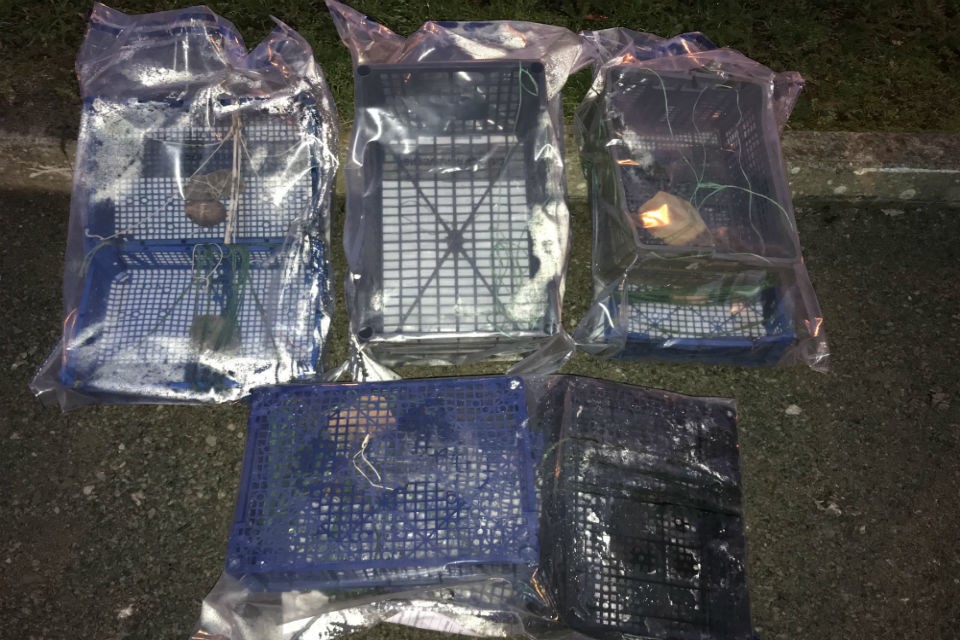 A 48-year-old man from Long Eaton, Derbyshire, has been ordered to pay a total of £406 after pleading guilty to fishing without a licence. The offence was discovered after a tip-off from a member of the public, and Environment Agency officers responded in the early hours of the morning.

On 8 August 2019, at Derby Magistrates’ Court, Zong He was ordered to pay a fine of £276, £100 towards prosecution costs and a £30 victim surcharge. In passing the sentence, the Magistrates gave credit for his guilty plea and accepted that he was not receiving any financial gain from fishing for the crayfish.

In mitigation, the defendant stated that he had been in the country for 22 years and never been in any trouble like this before. He also stated he did not catch anything, but if he did he would have eaten it.

Reports had previously been received of 3 men fishing for crayfish in the St Mary’s Bridge area of Derby, with plastic trays on string and using chicken carcasses as bait.

In September 2018, Environment Agency officers were following up these reports near St Mary’s Bridge on the River Derwent, and approached Mr He at 1am. They carried out a search of his vehicle. Mr He denied fishing for crayfish, but officers found plastic trays and a ball of green twine that matched trays and green twine attached to chicken carcasses on the nearby River Derwent that had been used to catch approximately 20 to 30 crayfish.

During a later interview under caution, Mr He accepted that he had put trays into the water, but had hoped to catch lobster. He claimed there was no intention of selling what he had caught and denied that they would be used in the takeaway shop where he works.

Speaking after the case, Pete Haslock, Enforcement Team Leader for the Environment Agency in the East Midlands, said:

The case shows how seriously the Environment Agency takes these offences and reminds everyone of the importance of having a licence. We hope it will provide a deterrent to anyone who is thinking of fishing without a licence.

All of the money raised from fishing licence sales is used to protect and improve fish stocks and fisheries, benefitting anglers. For those caught cheating the system, we will always prosecute.

Further arrests have been made by the Environment Agency and the police in connection with the illegal trapping of crayfish in the Derby area.

Any angler aged 13 or over, fishing on a river, canal or still water needs a licence. A 1-day licence costs from just £6 and an annual licence costs from just £30 (concessions available). Junior licences are free for 13- to 16-year-olds. Licences are available from GOV.UK or by calling the Environment Agency on 0344 800 5386 between 8am and 6pm, Monday to Friday. Alternatively you can purchase a licence from your local Post Office branch.