Somerset scrap dealer Wayne Hillard has been ordered to pay more than £400,000 for running an illegal car breakers yard.

The case was brought by the Environment Agency following a joint investigation with Avon and Somerset Police.

Appearing before Taunton Crown Court on 2 March 2020, Hillard was warned he would face a three-year prison sentence if he failed to pay the penalty imposed under the Proceeds of Crime Act.

Hillard, 42, claimed he was only repairing cars when agency officers visited his premises at Springway Farm, Westonzoyland in January 2015. They suspected he was dismantling scrap cars. He had previously been told he must obtain an environmental permit if he intended to dismantle vehicles at the site.

Dismantlers are required by law to remove all hazardous components and materials from End-of-Life Vehicles (ELV) including batteries, oils, brake fluids and airbag cylinders. Sites must have special facilities including impermeable concrete floors to ensure spills of hazardous liquids are contained and do not cause pollution.

In February 2017 an agency officer visited Springway Farm and noticed a number of car engines stored on wooden pallets. Hillard said he had purchased them from a business in Manchester, but was unable to provide any receipts.

Suspecting the engines were from vehicles dismantled at Springway Farm, the officer served Hillard with a notice requiring him to supply waste transfer notes for all wastes including hazardous wastes brought onto or exported from the site between 1 January 2016 and 17 February 2017. 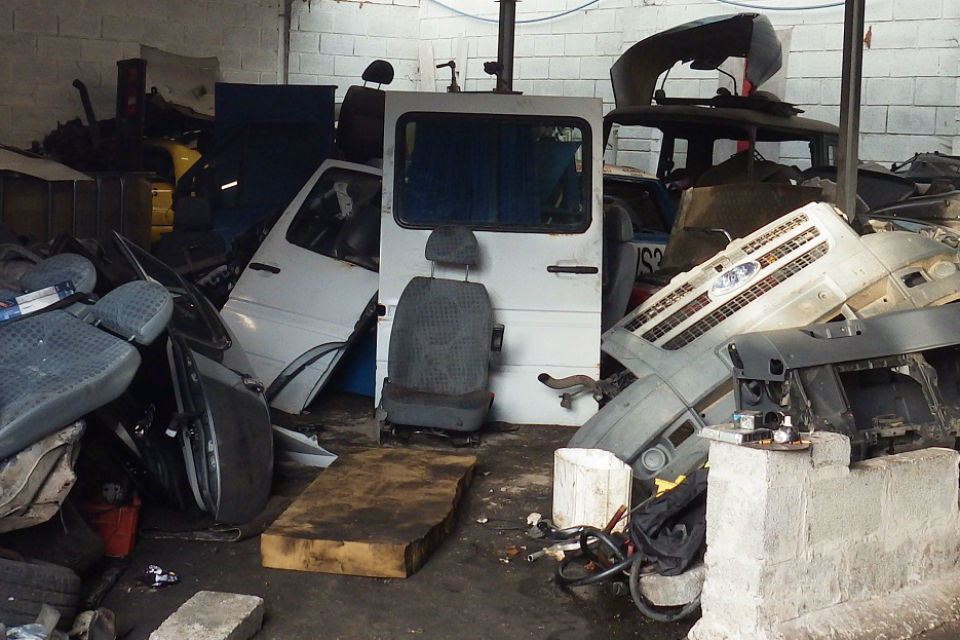 In addition to payments received from his local scrap metal dealer, Hillard would have made money from the sale of re-usable vehicle parts from his illegal business including the export of components to Greece and Georgia.

Proceeds of Crime investigators discovered Hillard made £1.3m and was still operating illegally including exporting vehicle parts after entering a guilty plea in 2018. The offending took place over six years.

This prosecution is the result of a prolonged period of offending.

We provided the defendant with advice and guidance over a number of years, yet he chose to ignore us and continued to dismantle vehicles at an illegal site.

This gave him an unfair advantage over law-abiding operators and risked polluting the environment.

We’re committed to pursuing offenders through the courts using the Proceeds of Crime Act to seize their ill-gotten gains.

We hope this case will act as a deterrent to others and send out a clear message that crime does not pay.

Hillard was ordered to pay £384,100 plus costs of £16,629. He was also given an 18 month conditional discharge. The judge said that if he re-offends and is prosecuted he would then face sentencing for both this and the new offence.

The charges admitted were:

The management of ELV is heavily regulated. This is to protect people and the environment from pollution and harm. An ELV may contain component parts that are still fit for their original purpose and these can be removed, sold and reused in other vehicles. Any remaining components containing metals will have a scrap value. The dismantling of ELVs needs to be carried out under a permit issued by the Environment Agency.