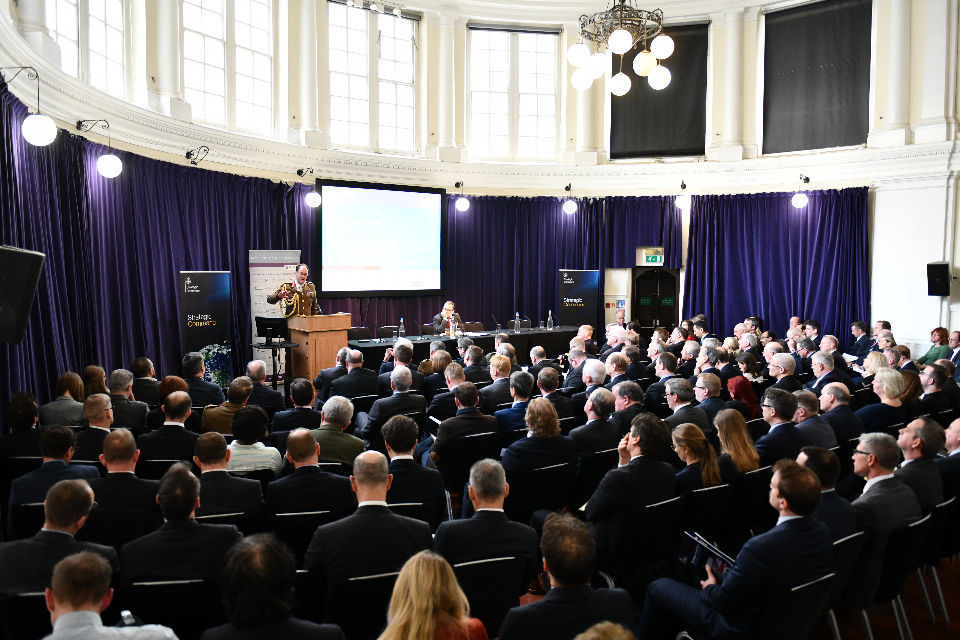 On 18 February, at the Royal United Service Institute (RUSI) in London, the Parliamentary Under Secretary of State, James Heappey, opened the first Strategic Command Conference.

He explained the context behind the decision to establish the new command in saying:

There was plenty of success in what Joint Forces Command (JFC) did, but JFC was right for it’s time and focussed on jointery, whereas Strategic Command’s focus is integration.

The Conference set out the ambition for Strategic Command, and attendees heard more about its enhanced responsibilities.

Senior leaders from across the single services, UK Defence, academia and industry discussed Strategic Command’s priorities, which are critical to defence’s outputs:

Strategic Command will transition the industrial age Joint Force to the Information Age’s Integrated Force. We will strengthen the foundations of integration within the current force and experiment and develop the capabilities and structures required for the 2030s and beyond.

This will be achieved in 3 priority areas: cyber, special forces and multi-domain integration. All are transformative, all are essential.

International Affairs Violence and suffering in Yemen must stop if peace…