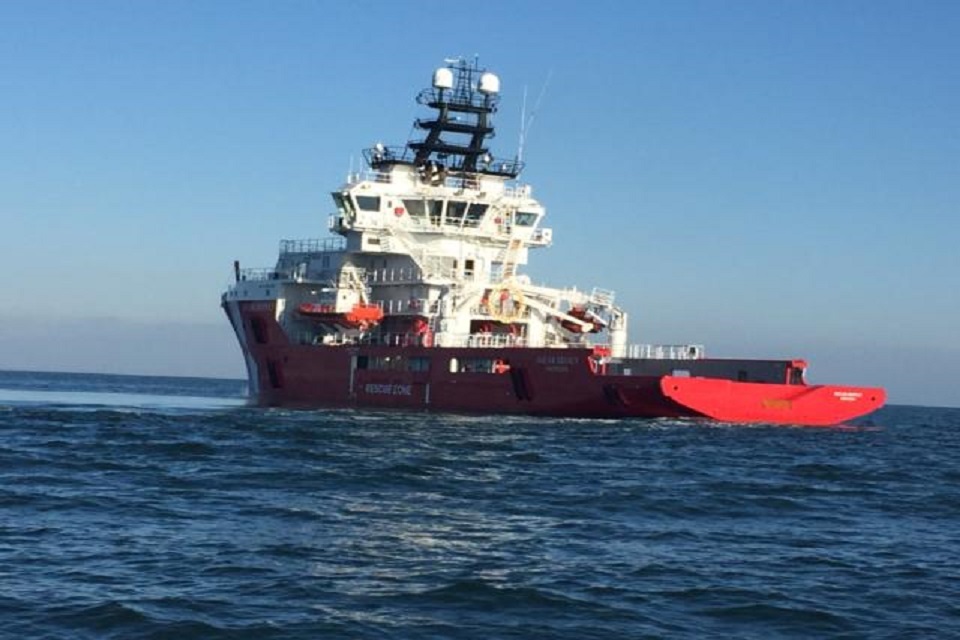 Vastly increased offshore patrols, aerial surveillance and monitoring have ensured illegal fishing has been kept at bay in England’s seas since the UK became an independent coastal state on 1 January this year.

MMO activity at sea or on shore operates on a risk based, intelligence led approach and matches the seasonal pattern of fishing activity. Levels of activity are usually reduced during the winter months, but we’ve maintained our enforcement presence at sea throughout.

During March, inspections are at a higher level than ever due to the increased capacity we’ve introduced. There have been 41 inspections so far in March; 15 of these were UK vessels and 26 were EU vessels.

The overall intent is to enable fishermen to go about their business while MMO exercises control duties in a proportionate and reasonable way.

While inspections at sea help the MMO gather important data that could lead to prosecution, such as incorrect mesh sizes, undersized species, undeclared catch – they are not the means by which the government acquires data on what is being fished where and when. This information comes from fishing catch, landing and sales records that all fishing vessels and merchants are legally required to supply.

The MMO also works with partners including the devolved fisheries administrations, Inshore Fisheries Conservation Authorities and the Joint Maritime Information Centre to ensure a coordinated approach to control and enforcement across UK waters. This sophisticated intelligence network is operational 24 hours a day, seven days a week.

The UK currently can also request data on EU fishing vessels to support enforcement efforts and the UK-EU Trade and Cooperation Agreement provides the framework for continued data exchange. There are ongoing technical conversations with the European Commission to rapidly establish a mechanism to allow sharing of this data moving forward.

Further information about the MMO’s fisheries enforcement activity is published on blog posts from MMO and the Department for Environment, Food and Rural Affairs.