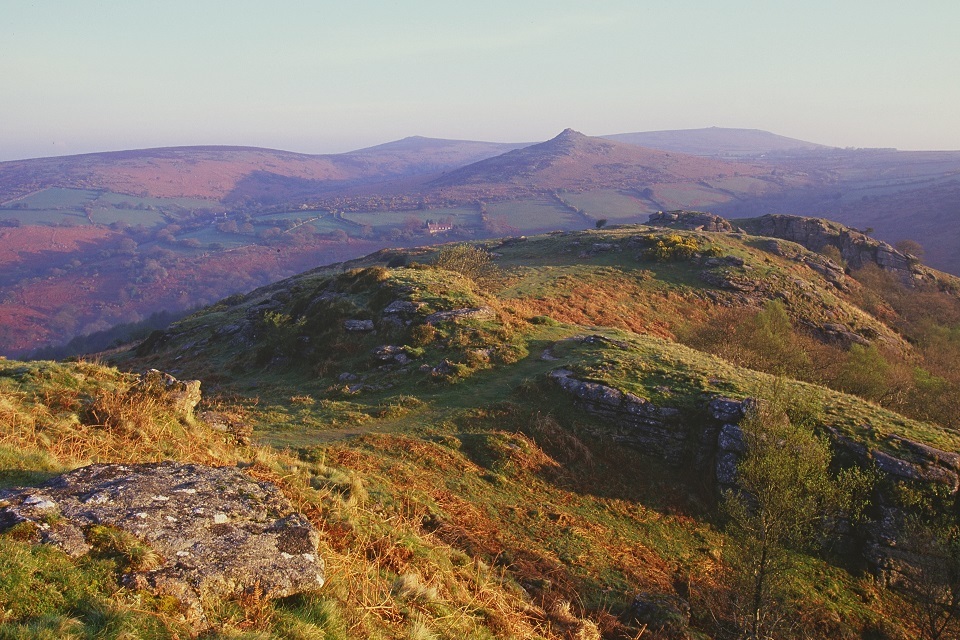 Seventy years after the Act of Parliament that created the first National Parks, a major independent review – led by writer Julian Glover – has called for bold action to reignite the founding spirit of our great National Park movement in order to make them greener, more beautiful and open to everyone.

The review published today (Saturday 21 September) praises the brilliant work which has been done to maintain the beauty of places such as the Lake District, Exmoor and the Dorset coast.

But it warns that new challenges such as climate change, biodiversity loss, and a changing, urban society mean that new approaches are needed to get the most out of England’s most-loved landscapes, including National Parks and Areas of Outstanding Natural Beauty (AONBs).

The Department for the Environment, Food and Rural Affairs, which commissioned the review, will now consider the recommendations.

These landscapes are the jewels in the crown of our countryside and are a cornerstone of our rural economy. We are committed to ensuring they flourish as havens for nature and sites that everyone in the country goes to visit for inspiration, adventure or relaxation.

That’s why we asked Julian and his panel to conduct this review and I am very grateful to them for their efforts. I welcome and agree with the spirit of ambition, which is in line with our 25 Year Environment Plan, and we will now carefully consider the recommendations set out in the review.

From the high fells of the Lake District to the wildness of Exmoor, England’s most beautiful places define our country. Today we are setting out a big, bold plan to bring them alive to tackle the crisis in our natural environment and make sure they are there for everyone to enjoy.

If we take action, we can make our country healthier, happier, greener, more beautiful and part of all our lives. Seventy years ago this year we created our national parks for a nation that had just won the Second World War. Now it’s time to reignite that mission.

We very much welcome the Glover Review and its core message that our national parks and AONBs should be the very backbone of the new Nature Recovery Network that we are working to build. These are the places that often spring to mind when people think about enjoying the natural world and by making them richer in wildlife as well as more accessible we can help people from all walks of life experience their inspirational beauty.

The report also raises concerns about the process of designating national landscapes. We share these concerns and have taken steps in recent years to streamline the system where possible, in the context of budget difficulties that lead us to do far less than we would like to.

Today’s announcement builds on existing government commitments to protect and enhance the natural environment, which include a pledge to restore 75% of our protected sites to favourable condition, invest £50 million to help plant new woodlands through the Woodland Carbon Guarantee, and create a vast Northern Forest – which will see 50 million trees planted from Liverpool to Hull over the next 25 years.

We welcome the timely publication of this ambitious agenda for our most beautiful landscapes.

There is an pressing need to address the urgent challenges in our National Parks. We will be reviewing the report in detail and will be working to ensure the momentum is maintained.

AONBs and National Parks are some of England’s most cherished sites, spanning from the Lake District, which was recently announced as a UNESCO World Heritage site, to the picturesque Cornwall AONB.

They cover a quarter of England’s land and are home to over 2.3 million people – with more than 66 per cent of us living within half an hour of a National Park or AONB. They also generate more than £20 billion for the rural economy, and support 75,000 jobs.

The review is one of the key commitments of the government’s 25 Year Environment Plan, which outlines our vision for improving the environment over a generation by connecting people with nature and helping wildlife to thrive.

It follows a call for evidence which received more than 2,500 responses on how England’s 10 National Parks and 34 AONBs meet the nation’s needs in the 21st century and whether there is scope for the current network to expand.

The review also makes recommendations to introduce more innovative, enterprising ways to generate funds that can be invested in these spaces, in addition to further government funding.

The recommendations of the Designated Landscapes review will now be considered and responded to by the government in due course.

The 27 recommendations of the review include:

Sir Arthur Hobhouse’s landmark report in 1947 paved the way for the creation of England’s network of designated areas, with the National Parks Act and Access to the Countryside Act passed in 1949.

The Act, described at the time as a “recreational gift to Britain’s returning Second World War service men and women”, set out to recognise, conserve and enhance access to landscapes deemed to be “of national importance and quality”.

These days the rugged mountains, unspoilt coastlines and vast moorlands of the nation’s 10 National Parks attract more than 94 million visitors a year from at home and abroad.

Associate editor at the London Evening Standard and author of the biography Man of Iron: Thomas Telford and the Building of Britain. He has worked as leader writer and columnist at the Guardian and as a Special Adviser in Number 10 and the Department for Transport. Lord Cameron of Dillington.

Cross-bench peer, farmer and landowner. As the former Chair of the Countryside Agency, he is a strong advocate for rural affairs. He is currently the chair of the Natural Environment and Rural Communities Act 2006 Committee and the Advisory Council for the Centre for Ecology and Hydrology. He is also on the Steering Board of the Government’s Global Food Security Programme.

Chief Executive of the Peak District National Park Authority for 12 years, before stepping down in 2014. He is currently a writer on countryside issues, including for the Times, and a trustee of the Heritage Lottery Fund.

Former BBC environment and rural affairs correspondent and previous Director of Environment at Water UK. She is currently Chief Executive of the Crop Protection Association. She is a trustee and advisory group member for several charities, supporting both environmental stewardship and education in farming.

Formerly the Director-General of the National Trust and current Master of Emmanuel College, Cambridge and Chair of the Green Alliance. She is the author of The Fight for Beauty (2016), a history of thought and public policy on landscapes and environment in Britain.

Became General Manager for Conservation of the 25,000 acre Holkham Estate in autumn 2018 after 24 years as Estate Manager promoting nature conservation alongside arable farming at Raveningham Estate. He is also a trustee and advisory group member of several organisations including the National Farmers’ Union’s Environmental Forum and the Norfolk Farming and Wildlife Advisory Group.

Environment PM launches new action plan to save the natural wo…

Environment Clean energy to power over seven million homes by …
0
✖