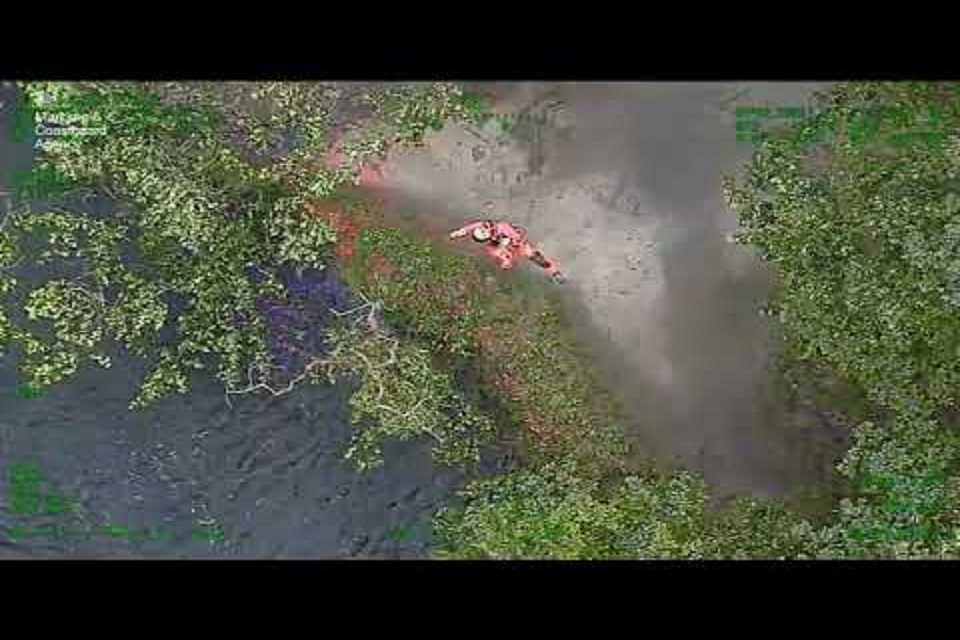 At around 12.50pm Dyfed Powys police requested air support from HM Coastguard’s ARCC (air rescue coordination centre) after a gorge walker was reported to have fallen 20ft into shallow water near the Sgwd Gwladus waterfall in the Brecon Beacons national park.

As the helicopter arrived close to the scene, members of the public who were with the casualty alerted the coastguard helicopter to their exact position by using their mobile phone camera flashes.

The HM Coastguard St Athan helicopter was joined by the central beacons and western beacons mountain rescue teams and a hazardous area response team in what turned out to be a complex rescue involving the helicopter hovering high above the heavily wooded tree line in the steep-sided valley.

The winchman paramedic was lowered down to the casualty from 220ft using the aircraft hoist. The injured man, who had sustained a serious leg injury, was then treated on scene and placed onto the stretcher, before being recovered via another high winch.

The casualty was flown to Swansea hospital where we wish him a speedy recovery.