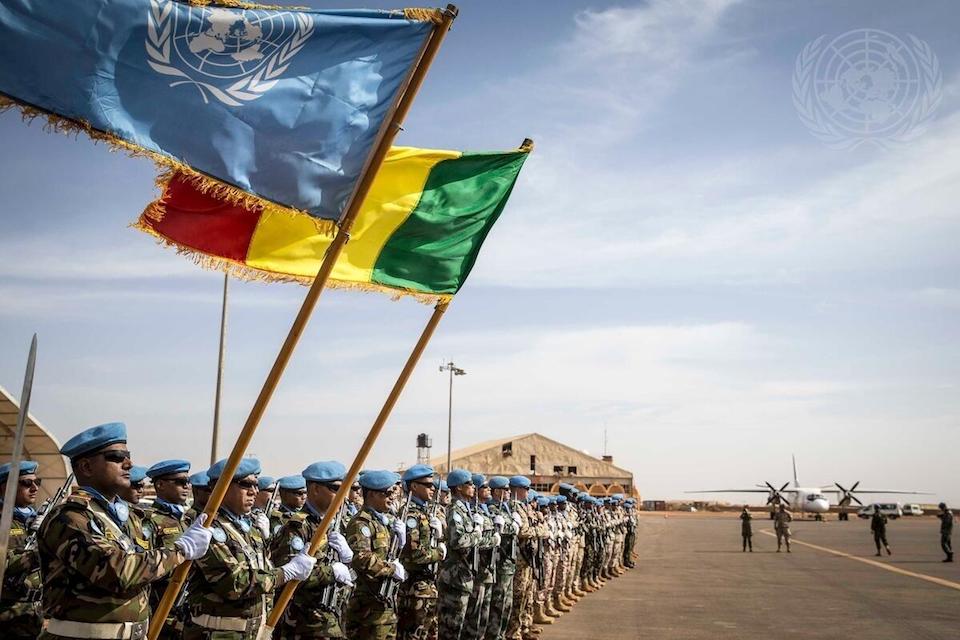 Thank you, Mr President. I would like to thank the Under-Secretary General Lacroix for his briefing, and although he is absent today, I would like to extend my thanks also to SRSG Annadif. MINUSMA and the wider international community have benefited from his leadership and guidance. We wish him luck in his next role and welcome the appointment of Mr. El-Ghassim Wane.

Mr President, I’d like to focus my remarks on two priorities for action. First, the issue of impunity for human rights abuses and violations remains a concern. The attack against the MINUSMA camp in Aguelhok in Kidal region on Friday, which killed four Chadian peacekeepers and injured another twenty-four, underlines the complex and challenging circumstances in which MINUSMA operates. And on behalf of the United Kingdom, I pay tribute to those peacekeepers who have made the ultimate sacrifice and given their lives for peace and security in Mali. I offer my deep condolences to their families and friends and to the mission and I wish those who are injured a speedy recovery.

In the light of this attack and the other significant attacks against peacekeepers earlier this year, I want also to reiterate what I said in January: these crimes should not go unpunished and those who perpetrate them should be aware that they may constitute war crimes. While recent prosecution orders and investigations are positive steps, we urge the Malian authorities to ensure transparency and accountability for such acts. As the Secretary-General’s report points out, justice is necessary in order to achieve sustainable peace and help build trust between the state and its people.

Second, the need for an inclusive political process based on consultations and dialogue will foster a sense of ownership among all parties to the peace agreement.

The recent meetings of the Monitoring Committee of Kidal, as well as efforts by the transitional government to initiate dialogue with political parties, were encouraging developments. However, with less than a year to go until the end of the transitional period, progress on the implementation of the peace agreement has been limited. We hope to see accelerated progress and concrete achievements in line with the roadmap agreed in December.

Finally, I’d like to thank the Secretary-General for sharing the roadmap for MINUSMA’s transition. It contains some important guiding principles, including the need for government-led reform. As we prepare for MINUSMA’s mandate renewal in June, we will draw on this roadmap and from the experience of our own deployment to MINUSMA, to understand how the mission can best support the Malian government to assume increasing responsibility for the security tasks currently carried out by the mission.

Mr President, the UK remains committed to supporting MINUSMA’s core objectives. We’re contributing to stabilisation efforts that will help reduce violent conflict. We’re supporting projects aimed at increasing the meaningful participation of women both in the peace process and in wider conflict resolution mechanisms. We’re providing international humanitarian law training to Malian forces and supporting the G5 Sahel Joint Forces engagement with communities. We’re helping protect civilians through our humanitarian aid and by working through OCHA to strengthen civilian military coordination. We will continue working closely with our Malian and international partners to coordinate efforts.

By working together and integrating our defence, development and diplomatic efforts, we stand the best chance to deliver our shared vision of long-term peace and stability in Mali and the region.