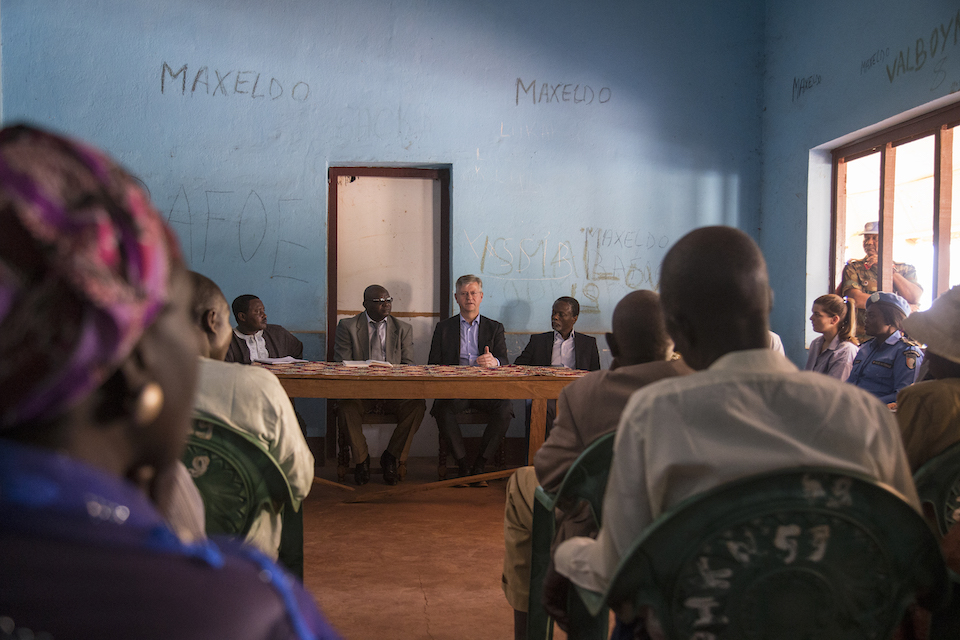 Thank you Mr President, and thank you to Assistant-Secretary-General Keita, Secretary-General Mushikwabo and Minister Mnatsakanyan for their informative briefings. The United Kingdom welcomes the strong relationship and cooperation between the UN and the International Organisation of the Francophonie. The equality, complementarity and solidarity between the Francophonie’s 88 member states is a powerful force for good in the world.

The Francophonie undoubtedly has a role to play alongside the UN and other organisations in the fields of conflict prevention, mediation and the exercise of good offices, including in settings such as Cameroon. The UK encourages the Francophonie, along with the UN, the African Union, ECCAS and the Commonwealth, to continue to support efforts to end violence and restore peace in Cameroon’s northwest and southwest regions.

The Francophonie can also make valuable contributions to the UN’s efforts to assist countries emerging from conflict to hold successful elections and to strengthen the role of democratic governance. The Central African Republic, for example, where elections due this December will constitute a critical milestone in the implementation of the peace agreement. It is vital that all of the Central African Republic’s partners work together to ensure that those elections are free, fair, inclusive, transparent and credible and conducted in a climate of peace.

Mr President, the United Kingdom, also hopes to see the Francophonie join the UN in encouraging the consolidation of democratic governance and in upholding the importance of human rights. This will be vital in Burundi, where the peaceful transfer of power earlier this year has created a window of opportunity for strengthening governance, accountability and human rights.

But it is also critical in countries where we see signs of rising instability as elections approach. As we made clear in this Council in July, we have been alarmed by violence in Guinea in recent months. And more recently, we have been troubled by the violent clashes breaking out in Côte d’Ivoire. The UN, the Francophonie and all international partners should work with stakeholders in both countries in the coming months to encourage them to uphold the democratic values and human rights that underpin peace, stability and prosperity.

And in Mali, the international community must do all it can to encourage a timely transition to a civilian, democratically elected government, which can meet the needs of the Malian people and strengthen the social contract between citizens and the state.

Mr President, finally, I would like to turn to peacekeeping and the importance of ensuring that all Member States deploy peacekeepers who are fully trained, equipped and prepared to deliver their mandates.

Language skills are essential in this respect. They facilitate engagement with the local population, leading to better situational awareness and help peacekeepers deliver mandated responsibilities, such as protection of civilians, while ensuring their own safety and security. The United Kingdom will ensure that we have the right language capabilities among our peacekeepers deploying to MINUSMA later this year, and we urge all our fellow troop and police contributing countries to do likewise.