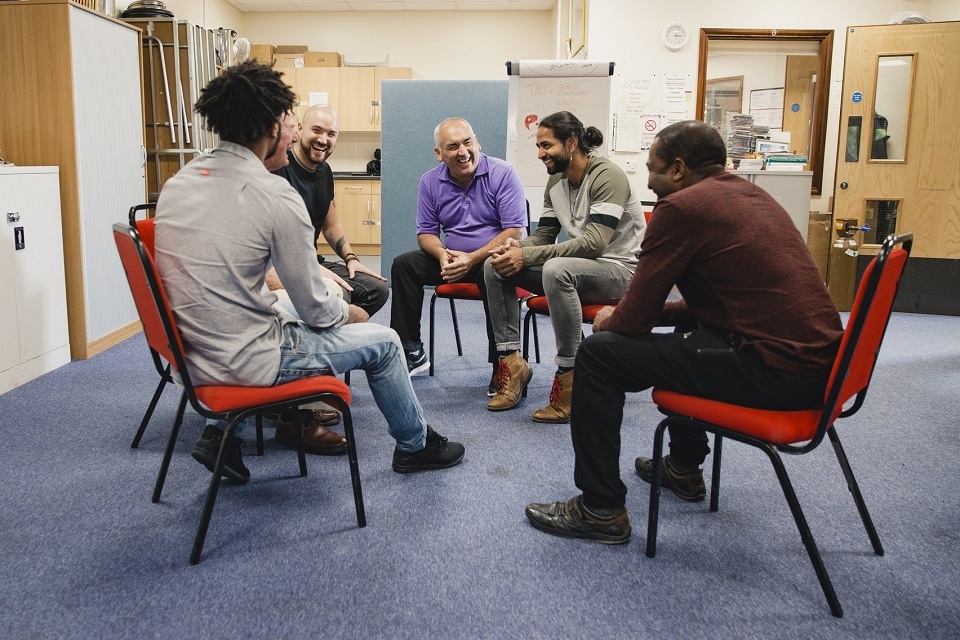 People with mental health issues who are detained under the Mental Health Act will benefit from landmark reforms which provide more control over their care and treatment, the government has announced today.

At the heart of the proposed reforms to the Mental Health Act is greater choice and autonomy for patients in a mental health crisis, ensuring the act’s powers are used in the least restrictive way, that patients receive the care they need to help them recover and all patients are viewed and treated as individuals.

These reforms aim to tackle the racial disparities in mental health services, better meet the needs of people with learning disabilities and autism and ensure appropriate care for people with serious mental illness within the criminal justice system.

I want to ensure our health service works for all, yet the Mental Health Act is now 40 years old. We need to bring mental health laws into the 21st century. Reforming the mental health Act is one of our central manifesto commitments, so the law helps get the best possible care to everyone who needs it.

These reforms will rightly see people not just as patients, but as individuals, with rights, preferences, and expertise, who are able to rely on a system which supports them and only intervenes proportionately, and which has their health and wellbeing as its centre.

This is a significant moment in how we support those with serious mental health issues, which will give people more autonomy over their care and will tackle disparities for all who access services, in particular for people from minority ethnic backgrounds.

The government will consult on a number of proposed changes, including:

The white paper sets out the path towards the government’s commitment to introduce the first new Mental Health Bill for 30 years, and end the stigma of mental illness once and for all.

I am committed to improving people’s experience under the Mental Health Act, and most importantly to making sure their care and treatment works for them.

We know people are too often disempowered and excluded from decisions, which is where the act, and our ability to successfully support people often fails.

Informed by Sir Simon’s recommendations, we will transform the act to put patients at the centre of decisions about their own care.

A national organisational competency framework for NHS mental health trusts will be introduced, referred as the ‘Patient and Carers Race Equality Framework’ (PCREF). The PCREF will be a practical tool which enables mental health trusts to understand what steps it needs to take to improve black, Asian and minority ethnic communities’ mental health outcomes.

Improved culturally appropriate advocacy services will be piloted where needed, so people from BAME backgrounds can be better supported by people who understand their needs.

The reforms will also change the way people with a learning disability and autistic people are treated in law by recognising a mental health inpatient setting is often not the best place to meet their specific needs.

The proposal sets out that neither learning disability nor autism should be considered a mental disorder for which someone can be detained for treatment under section 3 of the act. Instead, people with a learning disability or autistic people could only be detained for treatment if a co-occurring mental health condition is identified by clinicians.

Significant investment in community support has led to a 29% reduction since 2015 in the number of people with a learning disability and autistic people in a mental health inpatient setting. The government has established the £62 million Community Discharge Grant to make further progress on discharging people with learning disabilities and autism from inpatient care. The proposed changes in the legislation will help to further reduce reliance on inpatient care.

The white paper also takes steps to ensure parity between mental health and physical health services. The government is already investing over £400 million to eradicate dormitories in mental health facilities as part of its response to Sir Simon’s recommendations and its commitment to level up access to mental health services and rebuild better than before, so people admitted to hospital can receive care in a modern and genuinely therapeutic environment.

High impact changes are already under way – including vital capital spend on the mental health estate, and work to pilot and develop the Patient and Carer Race Equality Framework.

For changes which require legislation, consultations will continue until early spring 2021 to listen to the concerns people have, and a draft Mental Health Bill will be shared next year.

The benefits of reform will also be felt by people with serious mental illness within the criminal justice system. A 28-day time limit is being proposed to speed up the transfer of prisoners to hospital, ending unnecessary delays and ensuring they get the right treatment at the right time.

Prisons should be places where offenders are punished and rehabilitated, not a holding pen for people whose primary issue is their mental health.

Keeping people safe must be at the heart of everything this government does, and the reforms announced today will allow us to do this while ensuring offenders still get the treatment their conditions require.

The government also commits to ending the outdated practice of using prisons as ‘places of safety’ for defendants with acute mental illness. Instead, judges will work with medical professionals to ensure defendants can always be taken directly to a healthcare setting from court.

Victims of all mentally disordered offenders will now have the option of being assigned a dedicated victim liaison officer to keep them informed of key developments in the offender’s case, including when the patient is discharged.

The proposed reforms are a welcome step towards ensuring that people with mental health needs, a learning disability or autism, remain at the centre of decisions about their care, and that longstanding inequalities in experience and outcomes are addressed.

The NHS is delivering a package of important measures set out in our NHS Long Term Plan to transform mental health, learning disability and autism services, which will ensure everyone can access the right treatment for their needs, when they need it most, which will improve lives and help to implement the Mental Health Act reforms effectively.

Since the introduction of the Mental Health Act back in 1959 attitudes towards mental illness have changed dramatically. It was time for our legislation to catch up, so two years ago I presented my recommendations to modernise the Mental Health Act, so that it works better for those it protects. Today the government is taking the next steps to making these changes a reality

The Mental Health Act white paper proposes changes which address amongst others rising rates of detention under the act, the disproportionate number of BAME individuals detained, and allows the patient voice to be heard better than in the past.

I welcome today’s announcement and look forward to working closely with the government and all the parties during the consultation.

The Royal College of Psychiatrists welcomes the publication of the white paper. This is a great opportunity to modernise mental health law and improve safeguards and support for people in a mental health crisis.

The reform of the Mental Health Act will help ensure that patients are heard, their choices respected and that they are supported to get better in the least restrictive way.

We will consult with our members on how the changes will work on the ground and look forward to engaging positively with the consultation over the coming months. This includes exploration of the resources necessary to implement the proposed changes.

The publication of the white paper to reform the Mental Health Act is a hugely significant milestone in a long struggle for change. Many people will take for granted their right to have choice and control over the medical treatment they receive. But thousands of people every year who are severely affected by mental illness and who are detained under the act lose those rights and temporarily their liberty.

The proposals set out in the white paper, all informed by the Independent Review of the Mental Health Act, give real hope for a more person-centred and principled Mental Health Act which better reflects how a modern society thinks about mental illness.

The need to modernise the Mental Health Act could not be clearer. Every year, the number of people who are sectioned grows. While we know this can save lives, the use of coercion can also cause lasting trauma and distress. And we have known for too long that black people are subjected to much higher levels of coercion at every stage of the system. It is time for this to change.

We need to redress the power imbalance between people subject to the act and the state and to make the system fairer for all. We hope that today will bring us a step closer to mental health legislation that respects and protects people’s rights and dignity, that reduces inequality and that turns the tide on the growing use of coercion.

We are pleased the government  has accepted the majority of the recommendations made in the Independent Review in their long-awaited Mental Health Act white paper. At the moment, thousands of people are still subjected to poor, sometimes appalling, treatment, and many will live with the consequences far into the future.  Change on the ground cannot come soon enough.

It is important those who have been detained under the Mental Health Act, as well as their loved ones, feed into the consultation, helping shape the reforms. Given black people are 4 times more likely to be sectioned than white people, it’s crucial the government hears from people from different black, Asian and minority ethnic groups. We want to see steps taken to identify, address and tackle underlying and systemic racism that results in disproportionate detentions and use of force.

Four principles, developed by the review and in partnership with people with lived experience, will guide and shape the approach to reforming legislation, policy and practice. These are: