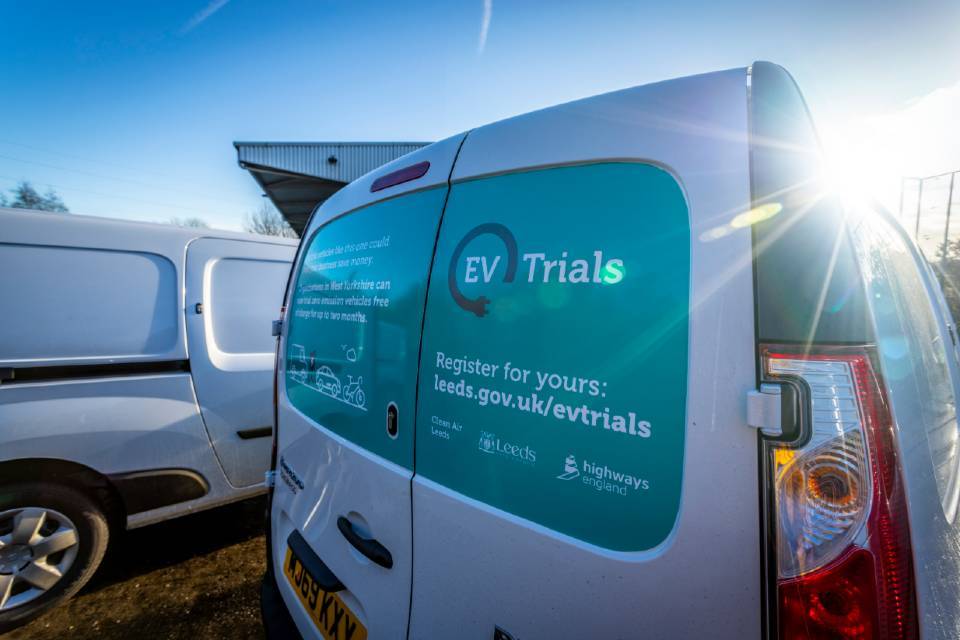 Highways England is super-charging a green incentive scheme with a multi-million pound investment that allows businesses to try electric vehicles for free before they buy.

In an initiative designed to encourage a shift to cleaner, lower carbon vehicles, the company is handing £9.3 million to local authorities to encourage businesses with diesel van fleets to make the switch to electric.

It works by offering the businesses a free trial of electric vehicles for two months.

Following a successful pilot with the Energy Saving Trust and a launch with Leeds City Council earlier in the year, councils in Coventry, Kent, Nottingham, and Sheffield are working to set up their own schemes. And today on World EV (Electric Vehicle) Day (9 September) the company has announced over £3 million of funding has been agreed with Bristol City Council.

It is among a host of measures Highways England is taking to improve air quality and tackle carbon emissions from road transport as the UK takes steps to become a zero-carbon economy by 2050.

The scheme has been made possible by Highways England’s Designated Funds programme designed to benefit people, the economy and the planet with an overall investment of £936m between 2020 and 2025.

We are working with councils across the country to encourage businesses to make the switch to electric vehicles and we expect many more to start using electric vehicles when they experience the savings possible.

This is a key example of how we are using designated funds to benefit the environment and communities around our roads as well as the people travelling and working on them.

The company’s Designated Funds programme has already delivered over 2,000 schemes between 2015 and 2020.

Whether you’re taking a trip with the family or commuting to work, with the wide range of models at competitive prices, it is now more cost-effective and convenient than ever to drive and charge an electric vehicle.

This together with our continued support for R&D, will see talented UK-based SMEs flourish, as well as more than 6,000 skilled jobs created up and down the country.

This is why, on the world’s first ever day dedicated to celebrating electric vehicles, I’m delighted to announce our unwavering support for a cleaner, greener transport future.

The electric vehicles will contribute to improving air quality in cities and towns, and help reduce carbon emissions. They have also been put to good use during the COVID-19 pandemic.

Over the last five months, electric vans used for the trial scheme in Leeds have also been driven more than 10,000 miles as part of the city’s emergency coronavirus response. The vehicles have been used in a number of ways including delivering local food parcels to those self-isolating or shielding, transporting key council key workers and supporting the work of vital third sector organisations.

Since launching the EV Trials scheme with Highways England in January, we’ve had a great response. Hundreds of local businesses and charities have already signed up to the scheme and its fantastic to see so many organisations leading by example.

It’s still early days, but it’s really promising to see participants starting to invest in electric vehicles of their own. Every organisation choosing to switch to EVs is making a real difference—helping to clean the air we breathe and tackle the climate emergency.

Highways England’s Designated Funds programme is divided into four funding streams aimed at making the biggest difference and delivering lasting benefits; environment and wellbeing, users and community, safety and congestion and innovation and modernisation. Between 2015 and 2020 the programme has:

Other achievements include 124 biodiversity initiatives, 150 safety improvements on single carriageway roads to reduce the number of people killed or seriously injured and over 6,500 lights and traffic signals converted to LED.

Transport Supercharging the future of driving this #WorldEVD…
0
✖