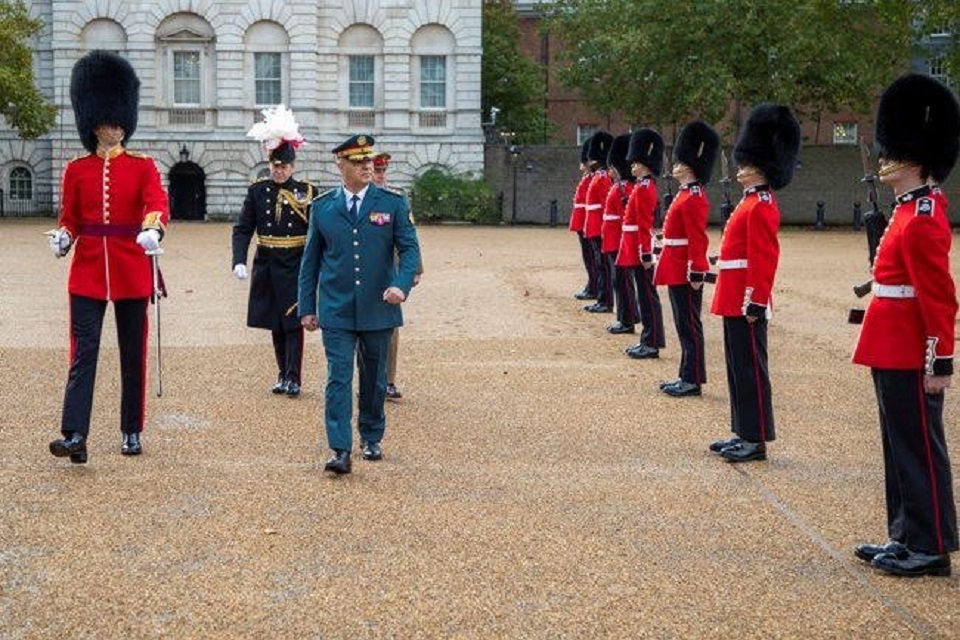 The visit was an opportunity to appreciate the UK’s support to Lebanon and its army. Discussions focused on UK support to the LAF and ways to expand the partnership to fight terrorism and support land and sea border security. Discussions also covered the LAF’s role in protecting human rights and the right to peaceful protest, and the importance of the LAF upholding the highest standards and being transparent as a general principle in implementing all his missions.

At the end of the visit Chief of Defence Staff General Sir Nick Carter said:

The Lebanese and UK Armed Forces have a long and proud history of working together. As part of today’s visit we discussed how best we can continue to build on our Defence relationship. Our personnel continue to serve and train alongside each other and we remain committed to providing support in the region on countering extremism and reinforcing border security.

Lebanese Army Commander General Joseph Aoun expressed his deep thanks to his British counterpart for his invitation, reiterating the strong relationship between both armies and expressed his confidence in continuing cooperation in the interest of the two friendly countries:

This visit is to thank the United Kingdom for its effective participation in supporting border security, and to reinforce cooperation and work towards continued support to the Lebanese Armed Forces amidst the huge challenges facing it, especially in fighting terrorism and border security.

Following up on the visit British Ambassador Chris Rampling said in a statement:

General Aoun’s visit to the UK comes at a critical time. There are many challenges facing the LAF. We have seen in recent weeks a demonstration of the ongoing terrorist threat in Lebanon, while the economic situation has put more pressure on the Lebanese security agencies. The UK is a friend of Lebanon and will continue to stand by its people including in times of need.

Between 2016 and 2020, the UK Government has spent over $100 million on training mentoring and equipping the LAF, in particular the four Land Border Regiments to counter illegal crossing operations. UK experts supervised the building of 41 border watchtowers and 38 Forward Operating Bases along the northern and eastern borders, and donated 13 mobile observation systems. A specialised Land Border training facility has been established in the Bekaa with over 8,000 LBR troops trained in border operations. In addition to the borders, by the end of 2020, the UK will have trained over 14,000 soldiers for internal security operations across Lebanon in 3 urban training facilities.