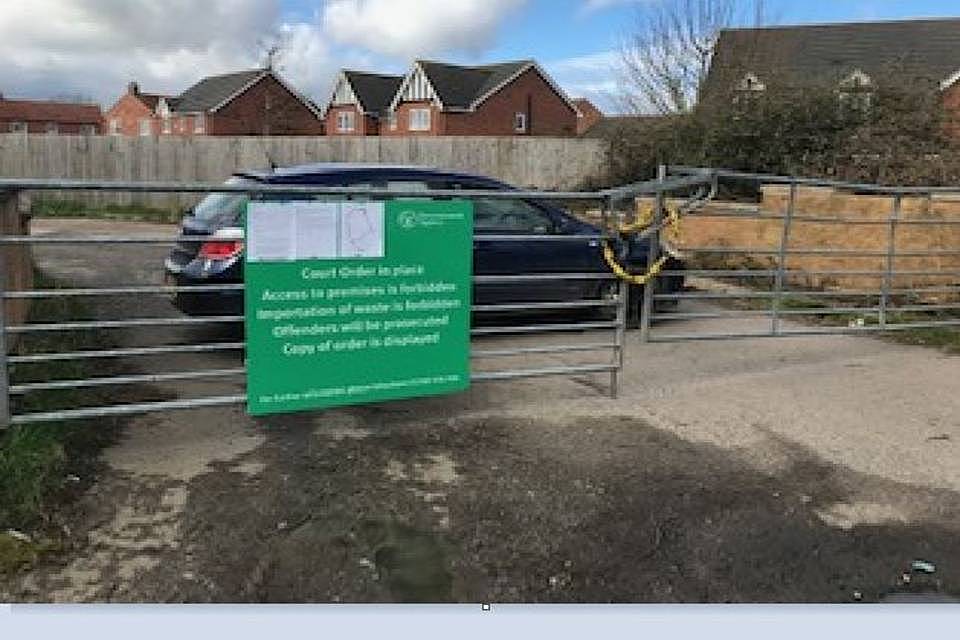 The Environment Agency has blocked access to land in Leicester which has been used for the dumping of illegal waste.

This follows a court case at Leicester Magistrates’ Court on 26 February 2020 where a restriction order for 6 months was obtained under the Environment Act 1995.

Failure to comply with this order, without reasonable excuse, is a criminal offence. A person found guilty could receive a fine or imprisonment for up to 2 years.

The order has been put in place following complaints from nearby residents last year about waste being dumped and burned.

A spokesperson for the East Midlands Environment Agency said:

We are determined to make life tough for those who damage the environment and blight local communities.

While most waste sites are operated responsibly, this type of illegal dumping causes huge damage along with significant costs to landowners to clear up the mess.

We are working hard to ensure those who flout their responsibilities are penalised and this restriction order helps us to disrupt waste crime.