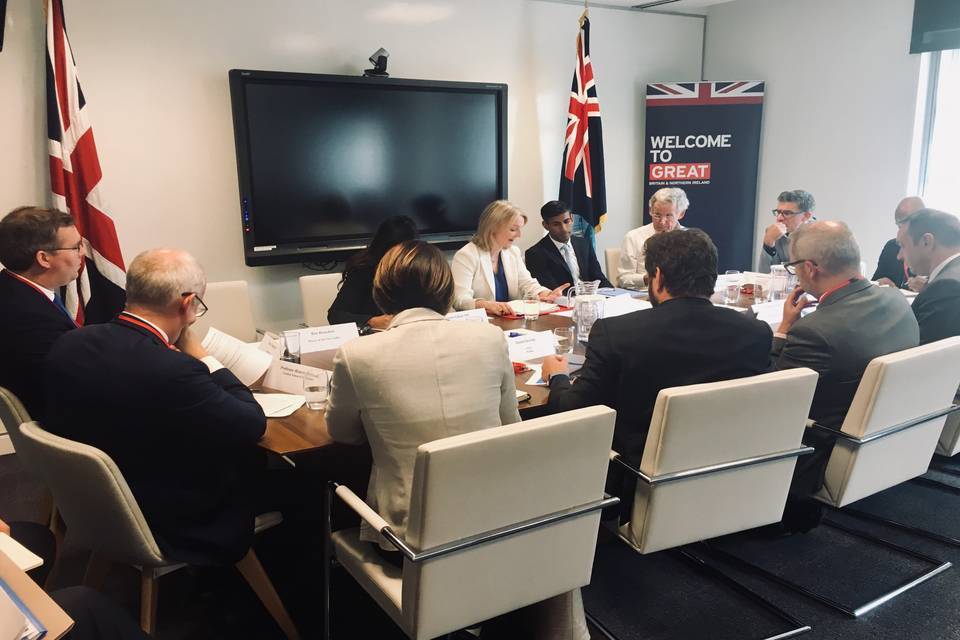 The Panel met to discuss the objectives of UK Freeport policy, and advise government on the development of the future design and operation of Freeports in the UK. Ports, airports and other interested parties from across the UK will soon be invited to bid for Freeport status.

As part of the Government’s work to consider Freeports, the panel discussed how policy could incentivise additional economic activity within Freeports and attract investment to the UK. During the meeting panel members discussed a wide range of potential areas of focus, such as how Freeports could specifically benefit local economies and empower small businesses; liberalising planning laws and the role of technology in the development of Freeports.

The first new Freeports will be established after the UK leaves the EU, to drive growth and ensure towns and cities in the UK benefit from Brexit trade opportunities.

We’re establishing Freeports across the UK to drive growth and transform ports, towns and cities all around our coast. As we begin on this journey, I want to ensure we gather expertise from a range of specialists across the country: from business, industry, tech and academia.

I’m delighted to be joined today by these experts to begin formal discussions on how we can ensure our Freeports are a roaring success. Through these meetings, we will make sure the policy works for all of the UK, so that businesses are ready to trade with countries around the world and our local communities reap the benefits of increased investment.

We are exploring the exciting opportunity that Freeports offer to regenerate left-behind communities and generate additional economic growth.

Freeports could support thousands of high-skilled jobs once established in the UK. Today’s first meeting of the Government’s Advisory Panel is an important step forward.

Freeports are hubs for business and enterprise for both manufacturing and services trade. These could reduce checks and paperwork, and include tariff, customs and tax benefits. These zones reduce costs and bureaucracy, encouraging manufacturing businesses to set up or re-shore. The most successful Freeports globally attract businesses and create jobs for local people through liberalised planning laws.

It’s good to get down to business with the Freeports Advisory Panel. We’ve seen a lot of interest in the Freeports concept since the announcement of the Panel. It’s important that we start putting some shape on the opportunity across a range of different policy levers so potential free port operators can develop their plans.

Ultimately, what we must be focused on is boosting investment in our global gateways to strengthen the UKs capacity to trade with the world and grow jobs and prosperity.

The ports industry is keen to get going on drawing up Freeports proposals that will be genuinely transformational for the industry. We are bursting with new ideas and are looking forward to sharing the details with Ministers and experts today and at future meetings of the advisory panel.

In addition to the panel, the Department for International Trade is hosting a series of industry roundtables to add to the discussions on Freeports. Last week DIT, together with UK Major Ports Group and British Port Association held the first of these with port operators.

Business Get your business ready for Brexit