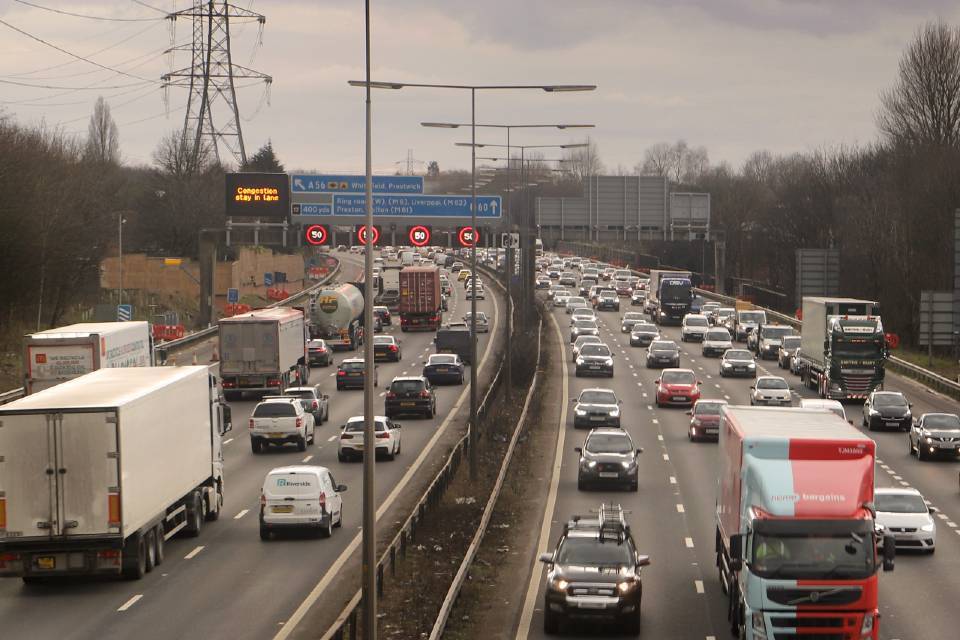 The M60 around Manchester could soon get its missing link, making it England’s only complete orbital motorway. Two thirds of the public have given their backing to proposals to create a new link road at junction 18 of the M60 near Prestwich so that drivers travelling clockwise will no longer need to use a roundabout to continue their journey on the same motorway.

Highways England has now selected the link road as its preferred option for a major upgrade of the junction, which will see a new loop take drivers from the eastbound to the southbound M60.

A virtual reality video has been released showing how the new link road could look.

Our proposal for a new link road at Simister Island was the clear favourite during our public consultation. We will now develop detailed designs for the upgrade, which will benefit everyone from local shoppers to haulage firms travelling across the North.

Around 90,000 drivers use Simister Island every day to travel between the M60, M62 and M66, making it one of the North’s busiest motorway junctions.

The missing link anomaly was created when the M60 was formed 21 years ago, connecting several existing motorways with a new stretch of motorway to form a 36-mile ring road around Manchester.

The current setup means drivers travelling eastbound soon find themselves on the M62 on their way to Leeds if they don’t use a roundabout to reach the southbound section of the M60.

Correcting the well-known Simister Island anomaly will bring significant improvements for all those using it, offering safer and more reliable journeys around the M62, M66 and M60. It’s fantastic to see plans progressing at pace on this scheme following the recent public consultation.

It is a vital element in our Northern Infrastructure Pipeline to enhance connectivity and reduce disruption for all road users, both in the immediate area and across the North West. We look forward to continuing to work closely with Highways England as detailed plans are progressed.

More than 800 people took part in a two-month public consultation on the proposals last year, with 67% saying they supported the option to connect the M60 in a loop to the north of the junction.

A new two-lane link road will also be created for drivers travelling from the northbound to the westbound stretches of the M60 at Simister Island, replacing the existing single lane slip road.

And the hard shoulder will be converted to a permanent extra lane along the mile-long stretch of the M60 between junctions 17 and 18 to improve the flow of traffic, providing dedicated lanes for drivers travelling between motorways. CCTV cameras, traffic sensors and electronic signs will be used to maintain safety.

Highways England will hold another public consultation later this year once it has developed detailed designs for the scheme, with a planning application due to be submitted next winter. Construction work is due to start by spring 2025.