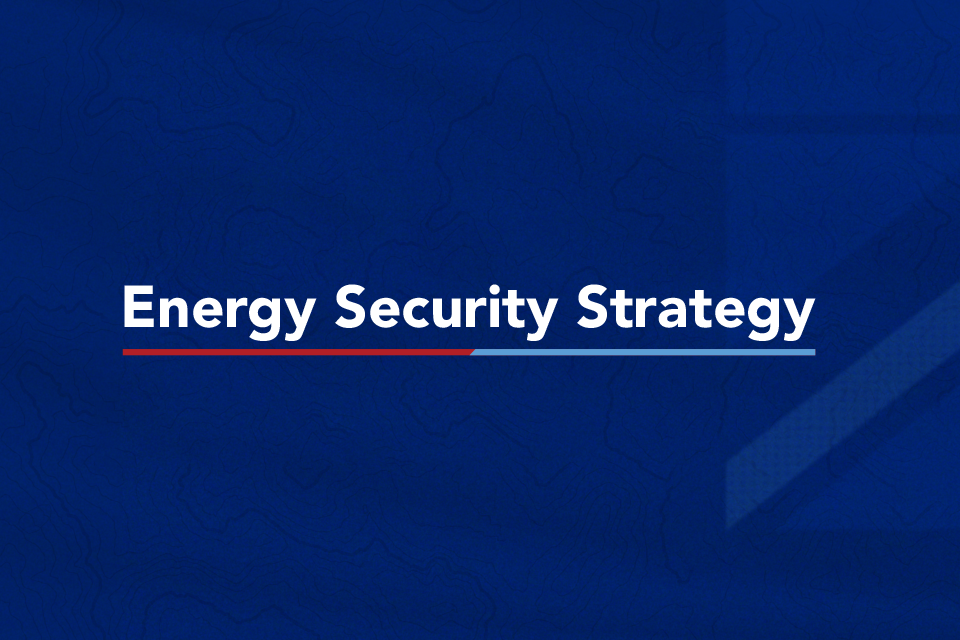 Cleaner and more affordable energy to be made in Great Britain under bold plans to boost long-term energy independence, security and prosperity.

The government’s British Energy Security Strategy sets out how Great Britain will accelerate the deployment of wind, new nuclear, solar and hydrogen, whilst supporting the production of domestic oil and gas in the nearer term – which could see 95% of electricity by 2030 being low carbon.

The strategy will see a significant acceleration of nuclear, with an ambition of up to 24GW by 2050 to come from this safe, clean, and reliable source of power. This would represent up to around 25% of our projected electricity demand. Subject to technology readiness from industry, Small Modular Reactors will form a key part of the nuclear project pipeline.

A new government body, Great British Nuclear, will be set up immediately to bring forward new projects, backed by substantial funding, and we will launch the £120 million Future Nuclear Enabling Fund this month. We will work to progress a series of projects as soon as possible this decade, including Wylfa site in Anglesey. This could mean delivering up to eight reactors, equivalent to one reactor a year instead of one a decade, accelerating nuclear in Britain.

Our ambitious plans also include:

We will also look to increase the UK’s current 14GW of solar capacity which could grow up to 5 times by 2035, consulting on the rules for solar projects, particularly on domestic and commercial rooftops.

We will aim to double our ambition to up to 10GW of low carbon hydrogen production capacity by 2030, with at least half coming from green hydrogen and utilising excess offshore wind power to bring down costs. This will not only provide cleaner energy for vital British industries to move away from expensive fossil fuels, but could also be used for cleaner power, transport and potentially heat.

We’re setting out bold plans to scale up and accelerate affordable, clean and secure energy made in Britain, for Britain – from new nuclear to offshore wind – in the decade ahead.

This will reduce our dependence on power sources exposed to volatile international prices we cannot control, so we can enjoy greater energy self-sufficiency with cheaper bills.

This plan comes in light of rising global energy prices, provoked by surging demand after the pandemic as well as Russia’s invasion of Ukraine. This will be central to weaning Britain off expensive fossil fuels, which are subject to volatile gas prices set by international markets we are unable to control, and boosting our diverse sources of homegrown energy for greater energy security in the long-term.

Consumer bills will be lower this decade than they otherwise would be as a result of the measures this government has taken.

In total, the British Energy Security Strategy builds on the Prime Minister’s Ten Point Plan for a Green Industrial Revolution, and, together with the Net Zero Strategy, is driving an unprecedented £100 billion of private sector investment into new British industries including Offshore Wind and supporting 480,000 new clean jobs by the end of the decade.

We have seen record high gas prices around the world. We need to protect ourselves from price spikes in the future by accelerating our move towards cleaner, cheaper, home-grown energy.

The simple truth is that the more cheap, clean power we generate within our borders, the less exposed we will be to eye watering fossil fuel prices set by global markets we can’t control.

Scaling up cheap renewables and new nuclear, while maximising North Sea production, is the best and only way to ensure our energy independence over the coming years.

The strategy follows a series of engagement by the Prime Minister and ministers across government with key industry leaders, including from the oil and gas, wind and nuclear sectors. The government continue to work with industry in the coming weeks to drive forward these commitments as fast as industry can deliver.

Climate Change Council fined for undertaking work without a marin…
0
✖