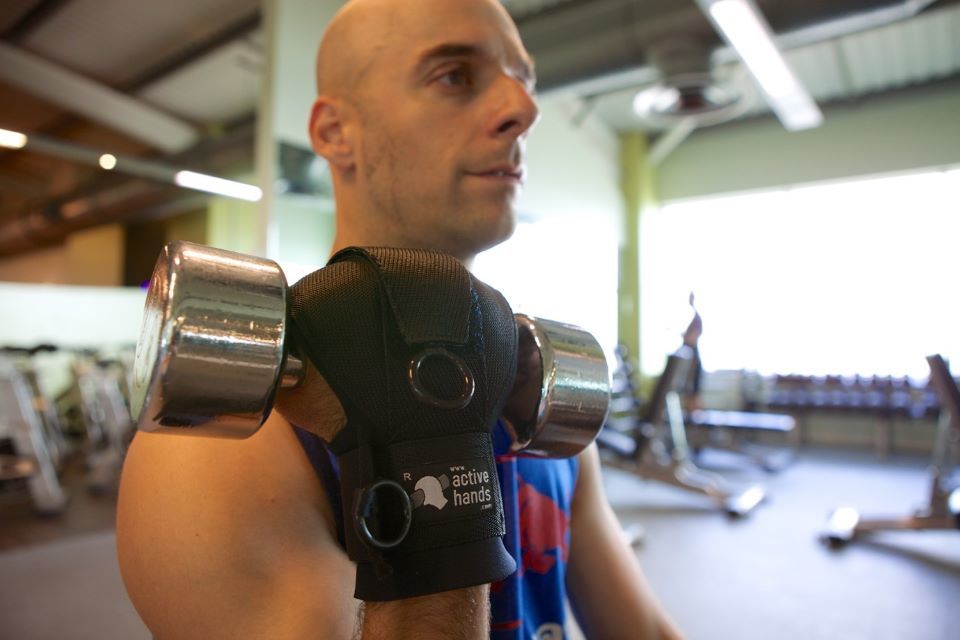 Rob Smith founded The Active Hands Company after overcoming a fall off a cliff and suffering a high-level spinal cord injury leaving him with partial paralysis. The company makes gripping aids for people with hand function disabilities, enabling them to take part in numerous activities as independently as possible. Its gripping aids allow people to hold tightly onto objects such as garden tools, gym equipment, Wii controllers, adaptive bike handles, musical instruments and many more.

The Queen’s New Year Honours list recognises the achievements of a wide range of extraordinary people across the UK and internationally, including exporters, entrepreneurs, and business leaders who are contributing to local and global prosperity. It also includes those who are championed by the Department for International Trade.

Active Hands Company has had huge exporting success, as well as demonstrating dedication to people with disabilities across the world, and I wish them all the best as they grow their business.

The company has provided gripping aids for Paralympic gold medal winners, leisure gardeners, injured military personnel and young children all over the world. In 2018, Active Hands reached a turnover of £250,000 – a 25% increase from the previous year. Exports to countries across North America, Asia, Australia and Europe account for more than half of the company’s turnover.

Rob has been involved in disability sport for many years, including playing at a high level in wheelchair rugby and now as a Team GB T52 wheelchair racer. In 2004, he helped design a wheelchair for children with cerebral palsy in Bangladesh that would ‘grow’ with them.

Last year, Rob was recognised as one of the UK’s most influential people with a disability in the Shaw Trust Power 100 list for his contribution to business and his sporting success.

The news of this award took me completely by surprise, but I am delighted to be included in the Queen’s New Year Honours list for 2020.

I love what I do for Active Hands and the other projects I am involved in, and I am truly grateful and appreciative of those who nominated me for such a prestigious award. The honour of being recognised in this way is something I will remember always.