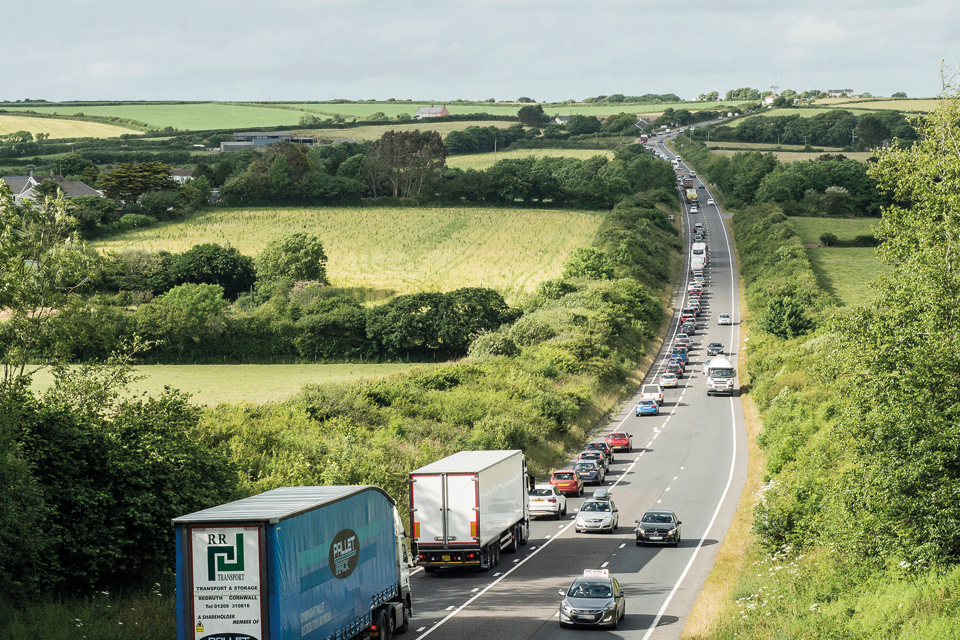 Following a planning hearing last year, Grant Shapps, the Secretary of State for Transport, has granted a Development Consent Order for work to start on the major A30 Chiverton to Carland Cross Dualling Scheme.

Highways England’s £290 million improvement scheme, part of the Government’s £15 billion Road Investment Strategy, will help to promote economic growth, improve journey times and increase safety by unlocking one of the last major bottlenecks in the county.

This Government is committed to delivering an infrastructure revolution and levelling up access across the country.

This vital upgrade of the A30 will improve safety, cut congestion, boost access for drivers on their daily commute and create better journeys for the surrounding communities.

We’re delighted to receive the Secretary of State’s decision, which represents a major step in developing a scheme to help unlock congestion, promote economic growth and bring out better connectivity for local communities along the A30.

Improving the A30 between Chiverton and Carland Cross is incredibly important for Cornwall’s future.

It’s the only remaining stretch of single carriageway on the A30 between Camborne and the M5 at Exeter; journeys on this part of the road are regularly delayed, congestion often brings traffic to a standstill, and as a result the Cornish economy is being held back.

Following the granting of planning consent, main construction works are scheduled to start later this year, with the route expected to be open to traffic in 2023.

During construction, the work will take place away from the existing A30 route to ensure continuity for traffic.

The existing A30 will remain open while the scheme is built alongside. We are currently finalising our construction partner, all phases of the work and associated traffic management will be explained to the local community before we start, and ongoing communication will keep people updated throughout.

This is very welcome news for Cornwall. The scheme will help to improve journey times for local people, businesses and visitors, there is strong support locally to improve this stretch of the A30, and the project will build upon the excellent working relationship that we have with Highways England.

Now a decision has been issued by the Secretary of State, there is a six-week period in which the decision may be challenged in the High Court.

In the meantime, further information and updates will be available on the web page.

Milestone for Cornwall as major A30 upgrade gets the green light