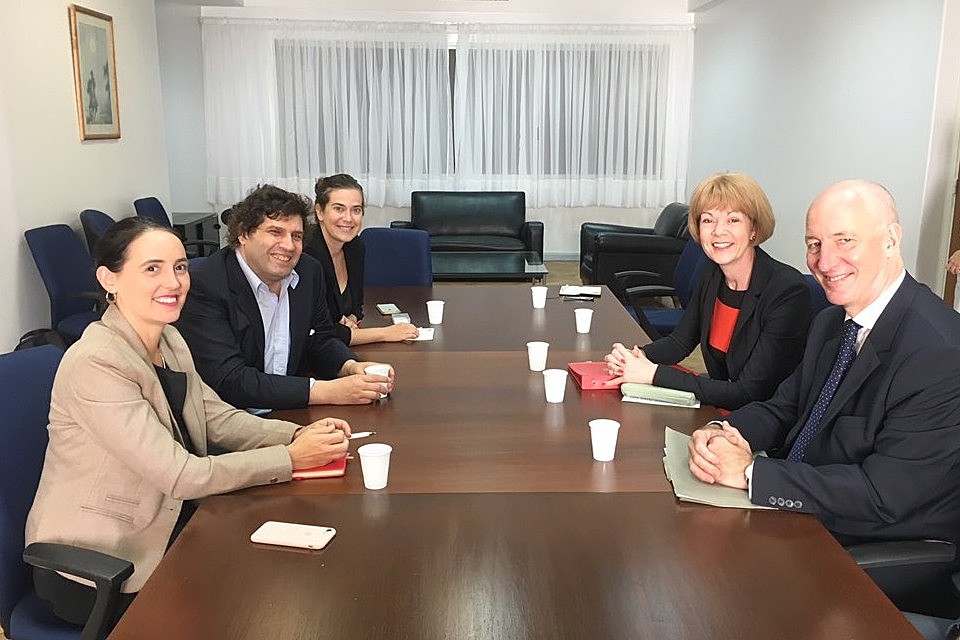 Wendy Morton MP, Minister for European Neighbourhood and the Americas, travelled to Buenos Aires on Monday 2 March for discussions with key members of the new Argentine Government, who came to power in December 2019.

Minister Morton arrived to Argentina after visiting Uruguay, where she the Presidential inauguration of Luis Lacalle Pou on Sunday 1st March.

Ahead of the visit, Minister Morton said:

This trip emphasises the UK’s commitment to working with Governments across Latin America, broadening our relations across trade, climate change and global security.

While in Argentina, the Minister held a series of meetings with the Government of Alberto Fernández. She met new Deputy Foreign Minister Pablo Tettamanti to discuss the strengthening of UK-Argentina ties and working together on climate change and human rights, while she discussed boosting trade with Production Minister Matías Kulfas.

After her meeting at the Argentine Ministry of Foreign Affairs, Minister Morton said:

An important meeting today with Argentine Deputy Foreign Minister Pablo Tettamanti. We are both determined to work together on the issues that affect us both. Our co-chairing of the Equal Rights Coalition is a testament to our strong and growing relations.

In the meeting with minister Kulfas they spoke about opportunities to boost investment, especially on technology and startups, and about how to support low carbon growth, in line with COP26 goals.

The minister also hosted a dinner with business and civil society representatives, and held a meeting with Sergio Chodos, Argentine representative to the IMF, and Maia Colodenco, Director of International Relations at the Ministry of Economy.