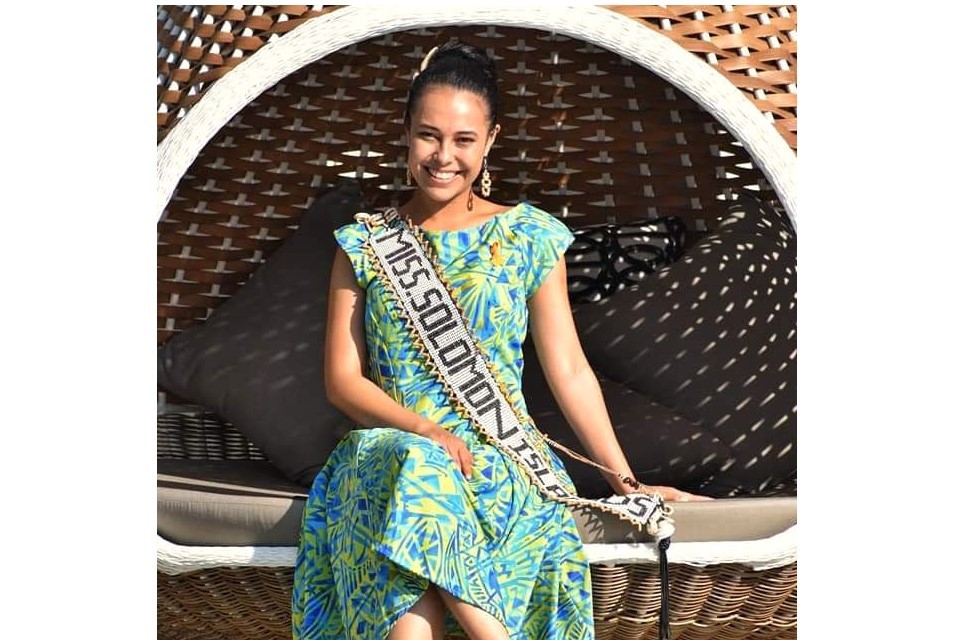 Her Majesty Queen Elizabeth II, as Head of the Commonwealth, has recognised current Miss Solomon Islands, Ms. Gladys Habu, as the 168th recipient of the Commonwealth Points of Light award in honour of her exceptional voluntary service raising awareness of climate change.

Gladys is an environmental activist who has campaigned for many years on a local and international level to advocate for increased awareness of the impact of climate change.

When she was 14 years old, Gladys first saw how rising sea levels were starting to affect an island near her home. Five years later, Kale Island, where her grandparents had lived, completely disappeared.

Gladys is now working with other young people from across the world ahead of the UN Climate Change Conference (COP26) taking place in Glasgow in November this year to drive forward greater awareness of the effects of climate change for Pacific Island countries.

She is also a UNICEF Pacific Supporter, focused on improving child and maternal health and acting as a role model to young women on the island.

By sharing these stories of service, the Commonwealth Points of Light awards celebrate inspirational acts of volunteering across the Commonwealth and help inspire others to make their own contribution to tackling some of the greatest social challenges of our time.

Climate change is not just an environmental crisis. It is a health crisis and a social crisis as well. As much as it is affecting our men, it is leaving our women and most importantly our children, vulnerable every day. Nonetheless I will forever value the fighting spirit our people have, to wake up each morning and face the challenge. When I began my advocacy work, I did it with so much heart and passion.

In all honesty, to be granted this prestigious award by Her Majesty the Queen today, is more than I have ever imagined. In recognition of my work, you have also recognised our reality, living on the frontline of this climate crisis. Thank you for acknowledging the urgency in this issue.

I am humbled to be a Commonwealth Points of Light awardee and will continue to play my part. It is my hope that this award will also encourage our people to take the stand in leading this fight as a nation. Embracing nature has always been part of me. But the loss of our island, Kale, is my drive to fighting for protection.

Changes in our climate already impact people’s lives and livelihoods in the Pacific Islands. Already vulnerable to earthquakes and cyclones, intensive forestry and fisheries further affect traditional crops, coping mechanisms and biodiversity. Further changes from global warming will put some communities on the brink of devastation. Gladys is a powerful advocate of the need to act now and a positive example to young people of how to bring about change. I’m proud she has been awarded the Commonwealth Point of Light; it adds further prominence and power to her valuable message and work.

The Commonwealth is a diverse community of 54 nations that work together to promote prosperity, democracy and peace. The Heads of Government meeting brought together leaders from all the 54 Member countries to reaffirm common values, address shared global challenges and agree how to work to create a better future for all citizens, especially young people.

Voluntary service is a vital part of this agenda, which is why Her Majesty The Queen has chosen to recognise outstanding volunteers across the Commonwealth in this special way.

Last year’s recipient of the Points of Light Award was Marilyn Ghedi founder of the Katupika, Wagina and Kia (Kawaki) Women’s Group. Read her story here