More than 900 public buildings in Northern Ireland get broadband boost 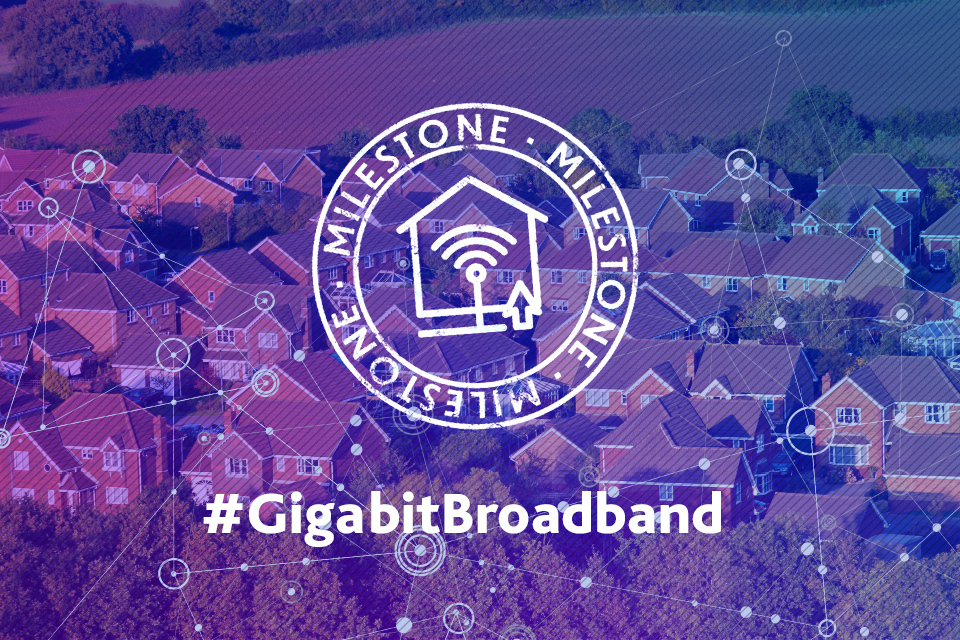 All these buildings now have greatly improved and ultra-reliable connections installed to help improve the productivity and user experience of the public services they offer. As their requirements increase in the future, internet users in the buildings will be able to tap into speeds of more than a gigabit (1,000 megabits) per second.

It means doctors and fire safety officers can save time waiting for large files such as x-rays and CCTV footage to download, community centres can make greater use of online resources to provide services like digital skills training and virtual classes and training for those who can’t attend in person, and council offices will be able to improve their internal digital systems to deliver more for taxpayers.

The connections, which were mostly delivered through the Full Fibre Northern Ireland Project, will incentivise commercial broadband providers to deliver upgrades to surrounding homes and businesses in Northern Ireland by building off the government-funded fibre network, which is cheaper and quicker than having to build their own from scratch.

“ Fast and reliable broadband is vital to households, businesses and the public services we rely on every day. That’s why, on top of our transformative £5 billion Project Gigabit investment to improve rural connectivity, we have upgraded thousands of schools, libraries and hospitals across the UK to first class broadband fit for the future.”

“ This fantastic investment to boost broadband speed in hundreds of public buildings across Northern Ireland will make a real difference to local people, facilitating high speed access at key local government, health and recreational services to enable them to better serve their communities.

“ Combined with the £172 million investment from Project Stratum, this investment of over £25 million will truly strengthen connectivity in Northern Ireland and is a wonderful example of the UK Government’s commitment to levelling up across the UK.”

The investment is just one way the UK government is delivering on its plan to level up Northern Ireland with better connectivity. Thanks to its £172 million investment in Project Stratum and measures to bust barriers to commercial roll out, 85 percent of premises in Northern Ireland  now have access to the fastest available gigabit connections – more than any other UK nation – which will improve lives, boost the economy and sustain the digital and tech economy for decades to come.

Our Project Gigabit programme will also connect countryside communities across Northern Ireland. This is the government’s flagship £5 billion programme to connect communities unlikely to be connected by commercial rollout.

An update published today confirms there are now ​​contracts worth £543 million in total for telecoms firms to bid across the UK for and this is expected to connect up to 380,000 hard-to-reach homes and businesses with the first contracts awarded from August this year.  Discussions on the procurement approach under Project Gigabit for Northern Ireland are ongoing and more details will be announced in due course.

It comes as the Local Full Fibre Networks programme comes to a close having delivered more than 5,000 broadband upgrades to public buildings across the whole UK. The programme has delivered 2,700 kilometres of lightning-fast full fibre – including in Northern Ireland – to more than 1,200 schools and colleges, 50 hospitals, 650 health centres including GP surgeries and 200 fire and ambulance stations, as well as almost 350 libraries.

“ FFNI is a Consortium and a programme made up of the 10 rural local authorities, the Business Service Organisation and is led by Newry, Mourne and Down District Council.

“ The Consortium was successful in its bid for DCMS funding in 2018 and has now successfully delivered 887 connections to public sector sites right across the North of Ireland. FFNI is essentially an Economic Development and Regeneration project and this multi-million-pound investment will assist those at risk of digital exclusion, create local jobs and allow public sector partners to offer more digital services to businesses and residents.

“ The collaboration between public-sector bodies through FFNI has played a key role in supporting digital ambitions which will empower our local communities and businesses to bounce back from the pandemic.”

The UK Government funding for these buildings was spread across two projects:

More than 900 public buildings in Northern Ireland get broadband boost