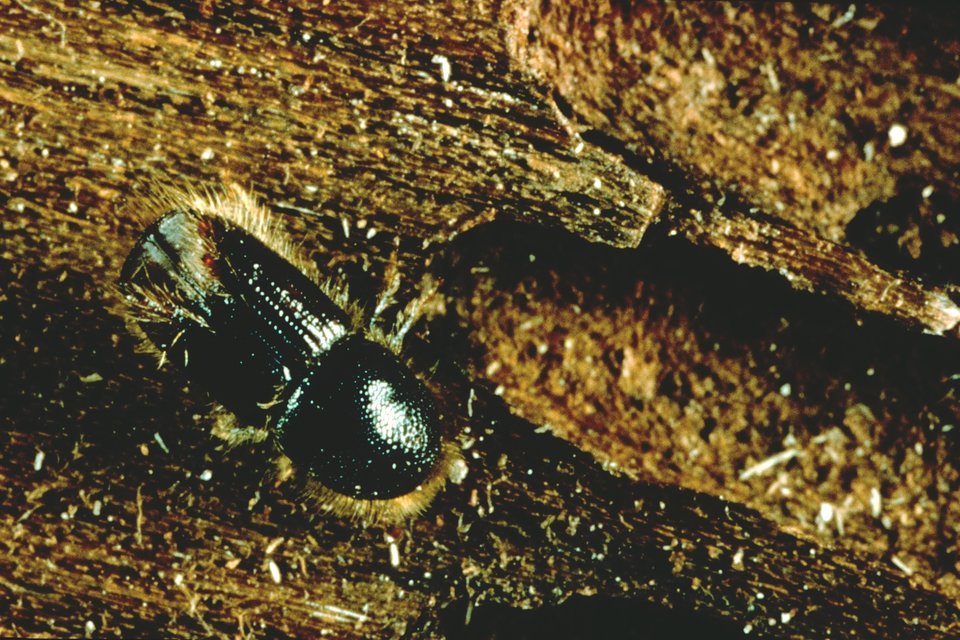 The controls restrict the movement of all spruce material, including trees and wood with bark, isolated bark and wood chip with bark that originated within 50km of the larger eight-toothed European spruce bark beetle (Ips typographus) outbreak site. This 50km area is known as the demarcated area. View the Ips typographus notice map

Ahead of a wider introduction of timber plant passporting in December 2019, the system is being piloted in South East England as a precautionary measure to protect against the spread of Ips typographus.

Additional controls mean that spruce material must be accompanied by a plant passport if it is to be moved, and destined for a Forestry Commission authorised processor or end user. This applies to the movement of material both within and out of the demarcated area. Any movement of this material will be subject to inspection by Forestry Commission Plant Health Inspectors before dispatch. Any material known to be infested cannot be moved with a plant passport, and can only be moved under strict controls defined by a Statutory Plant Health Notice.

Processors or end users can now apply for authorisation to receive and process spruce material from the demarcated zone, providing it has been inspected and is deemed to not be infested. You can access the application form and Q&A document, which contains more information on these controls, on GOV.UK.

Introducing plant passports for timber movement within Great Britain will enable the UK to retain its recognition by the European Union as a Protected Zone for conifer bark beetles and other known and emerging pests, protecting the UK’s commercial and conservation interests in forests and woodlands, and enabling the forestry sector to maintain high standards of biosecurity.

Timber that is bark-free can be moved without the requirement of a plant passport. The controls will remain in place until further notice, but will be kept under review.

Environment Seminar for planners on the Scottish coalfields

Environment Removing an invasive species to protect an Essex r…
0
✖