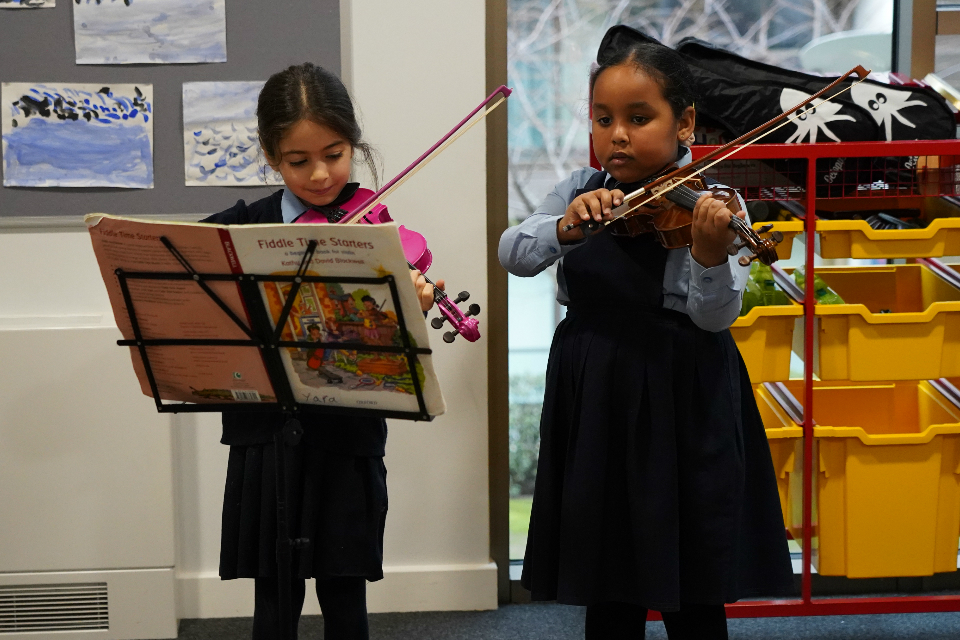 Thousands more children will be able to learn instruments and play in orchestras or choirs thanks to a further £80million investment by the Government in music hubs.

Alongside this investment, charities that help young people learn about different styles of music are also set to receive a further £1 million next year to support the next generation of musicians.

Pupils will also have more opportunities to put their film making skills to the test, explore museums or take to the stage, as a series of other cultural education programmes receive an additional £4 million funding boost next year.

Music, arts and culture play an essential role in enriching pupils’ education, and we want to give as many young people as possible the opportunity to learn an instrument or perform in a choir or a band.

Our continued investment will play an important role in helping young people widen their horizons and access all the opportunities that learning a musical instrument can provide – whether that be playing for pleasure or performing.

The curriculum schemes that will receive a total of £85 million for 2020/21 are as follows:

Music education hubs, which are organisations that give pupils access to instruments and support whole classes to play together, have transformed the teaching of music in schools through subsidised instrument lessons and ensembles.

These hubs have been supported by £300million between 2016 and 2020, which forms part of an overall investment of £500million in the arts during that period, making it the second highest funded element of the curriculum behind PE.

We’re delighted that this funding from the Department for Education has been confirmed.

These programmes support a creative, diverse and inclusive music education for children and young people across England.