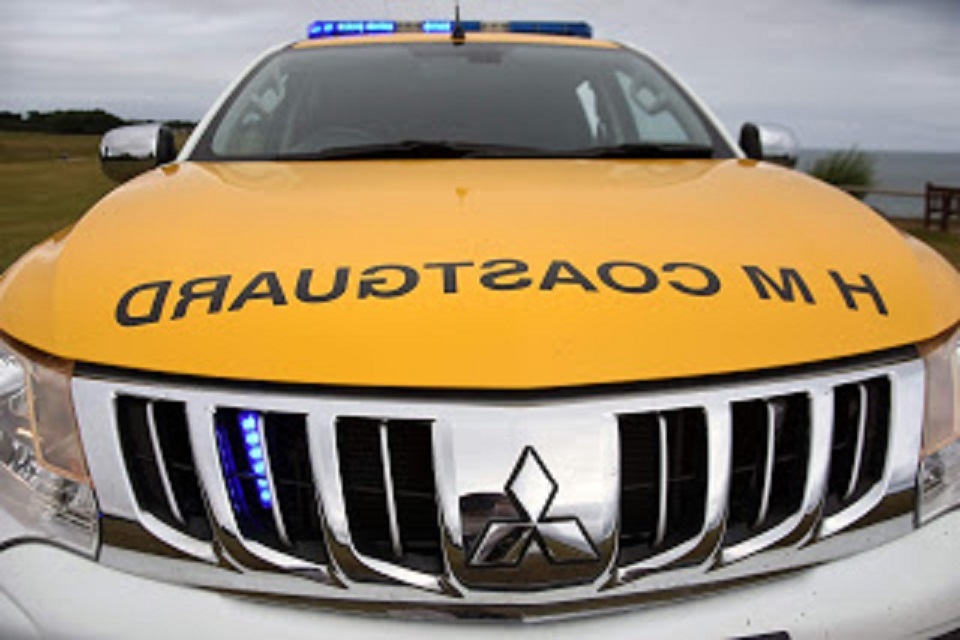 The woman called 999 and asked for the Coastguard at 2.10 pm Saturday 8 February 2020, reporting that she was stuck in the mud, with her 5 year old daughter in her arms. She had been out walking her collie dog, who had safely made it to shore.

The coastguard operations room at Milford Haven sent two coastguard rescue teams from Watchet and Minehead, the coastguard helicopter and two RNLI lifeboats from Minehead to the scene.

Within 15 minutes the teams were at the beach but by this time the woman was up to her waist in mud and up to her chest in water. The girl was taken from her mother’s arms by one of the coastguard rescue officers and brought to shore, whilst the mother was winched out of the mud by the helicopter, then taken to shore. Both were then handed into the care of the ambulance service, cold and shocked but otherwise uninjured.

“This must have been a really frightening ordeal for the mother and child, but the woman did exactly the right thing by calling 999 and asking for the Coastguard,” says Neil Blewett, aeronautical operations controller for HM Coastguard. “We were able to get rescue resources out really quickly which was lifesaving for this young family – the woman was up to her chest in water when our teams arrived. Happily enough, our teams were able to locate them quickly and extract them within minutes.

“If you do get stuck in mud, try and spread your weight as much as possible and call for help immediately, by calling the coastguard on 999 or if you can’t get to your mobile, shout for help. Before your set out, remember to check the tide times – there are tide tables online – and leave plenty of time to get back before the tide comes in.”