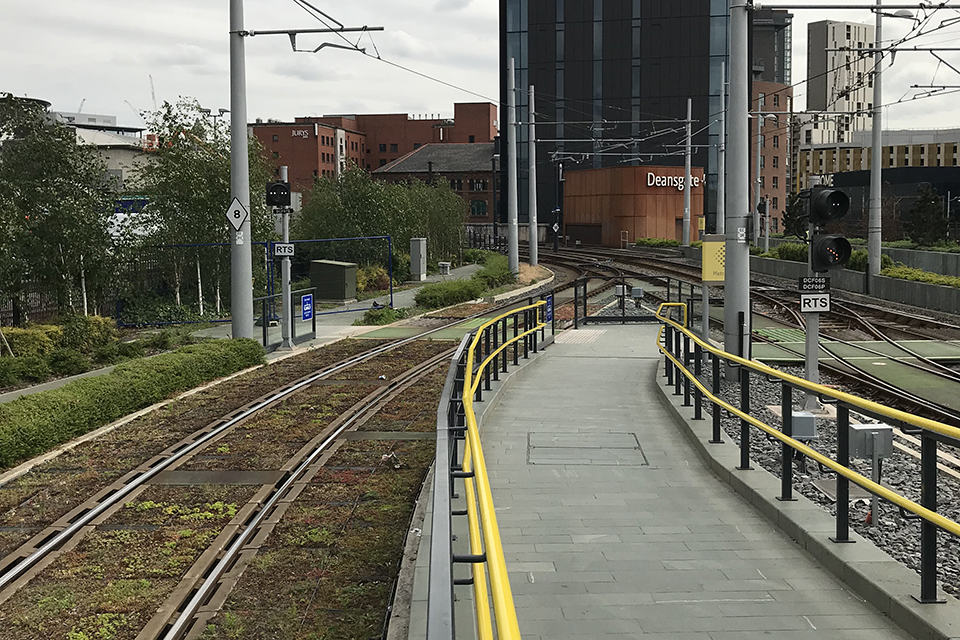 At around 17:19 hrs on 17 May 2019, a Manchester Metrolink tram travelling inbound from Manchester Airport towards Victoria passed through the centre platform of Deansgate-Castlefields tramstop. It was required to stop at the platform, but did not do so.

It then passed a signal displaying a stop aspect at the far end of the platform, while travelling at around 9 mph (14km/h), and entered the section of line that leads to St. Peter’s Square tramstop.

Passing this signal placed the tram in a conflicting movement with another tram, which was departing from the other inbound platform having been allowed to do so by the signalling system. The driver of the second tram realised what was happening and bought their tram to a stop before a collision occurred. The tram which passed the signal at stop continued on to St. Peter’s Square tram stop.

There were no injuries or other adverse consequences resulting from this incident. However, a collision between the two trams was only narrowly avoided.

Our investigation will seek to identify the sequence of events which led to the near miss. It will also consider:

Near miss between two trams, Manchester

Transport Foreign flagged ships detained in the UK during M…

Transport Blooming lovely display to support wildlife on A38…
0
✖