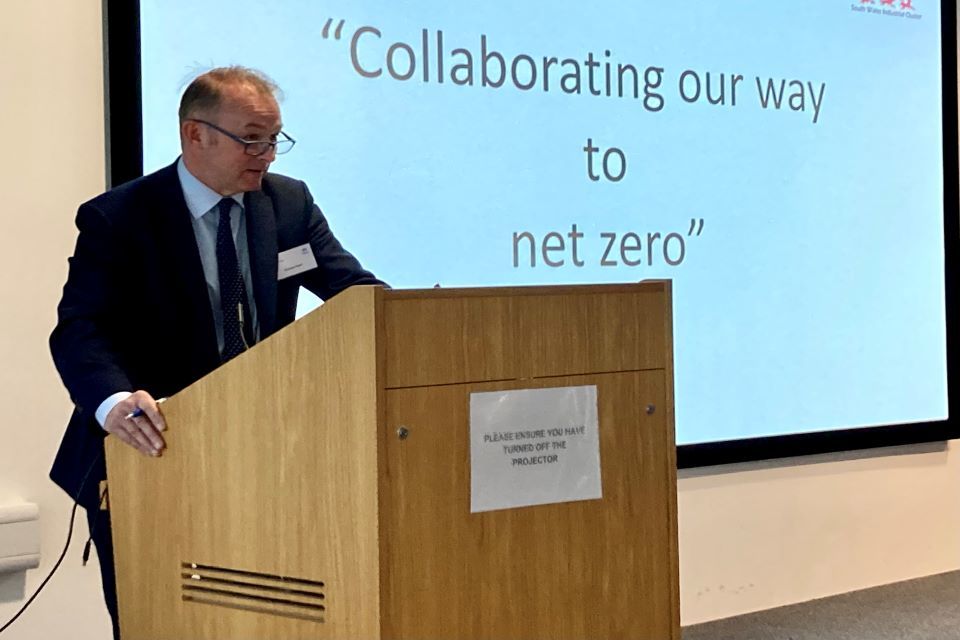 Secretary of State for Wales Simon Hart opened an event on Monday 28 March to showcase the work the South Wales Industrial Cluster (SWIC) and welcome the creation of a new membership organisation, Net Zero Industry Wales that will run SWIC.

SWIC has been awarded more than £20 million by the UK Government.

The South Wales region is the second largest industrial emitter in the UK, releasing the equivalent of 16 million tonnes of carbon dioxide per year across industry and energy generation. In 2019, the UK became one of the first countries in the world to legislate that it will reach net zero carbon emissions by 2050.

If the UK is to hit this target, we need new ways of heating homes, powering businesses and industry and fuelling transport. This requires reducing emissions as far as possible using methods such as energy efficiency, fuel switching and carbon capture utilisation and storage as well as offsetting carbon dioxide by other means, such as negative emissions technologies.

It’s fantastic to see this project moving forward with our partners in Welsh Government, industry and academia coming together to help deliver our Net Zero ambitions.

The UK Government has invested £21.5m pounds in this project, a sign of just how vital this work is. There is a huge challenge ahead of us and the plan to decarbonise a swathe of heavy industry across south Wales is extremely ambitious.

But I’m confident that our Net Zero targets will be achieved, in part by the establishment of projects like the South Wales Industrial Cluster that utilise the innovation and collective strength of business and industry.

This announcement today is the product of many years of hard work by many Welsh companies, Governments, Universities and like-minded people who realised that to achieve a restorative and net zero economy in Wales we would have to work together to map out what is needed from every sector in Wales.

What we are working on isn’t about changing the industrial make up of Wales, it’s about innovating it, being ahead of the curve when it comes to decarbonisation to ensure that we keep these industries and jobs in Wales. It is also about examining opportunities to create exciting new industries in Wales, as well as revitalising and sustaining existing ones.

Wales has a long and rich industrial heritage, leading the way in the manufacturing and engineering revolution. Now we plan to be a leader of the green revolution and the creation of Net Zero Industry Wales is certainly going to help us achieve that in a more joined up and cohesive way.