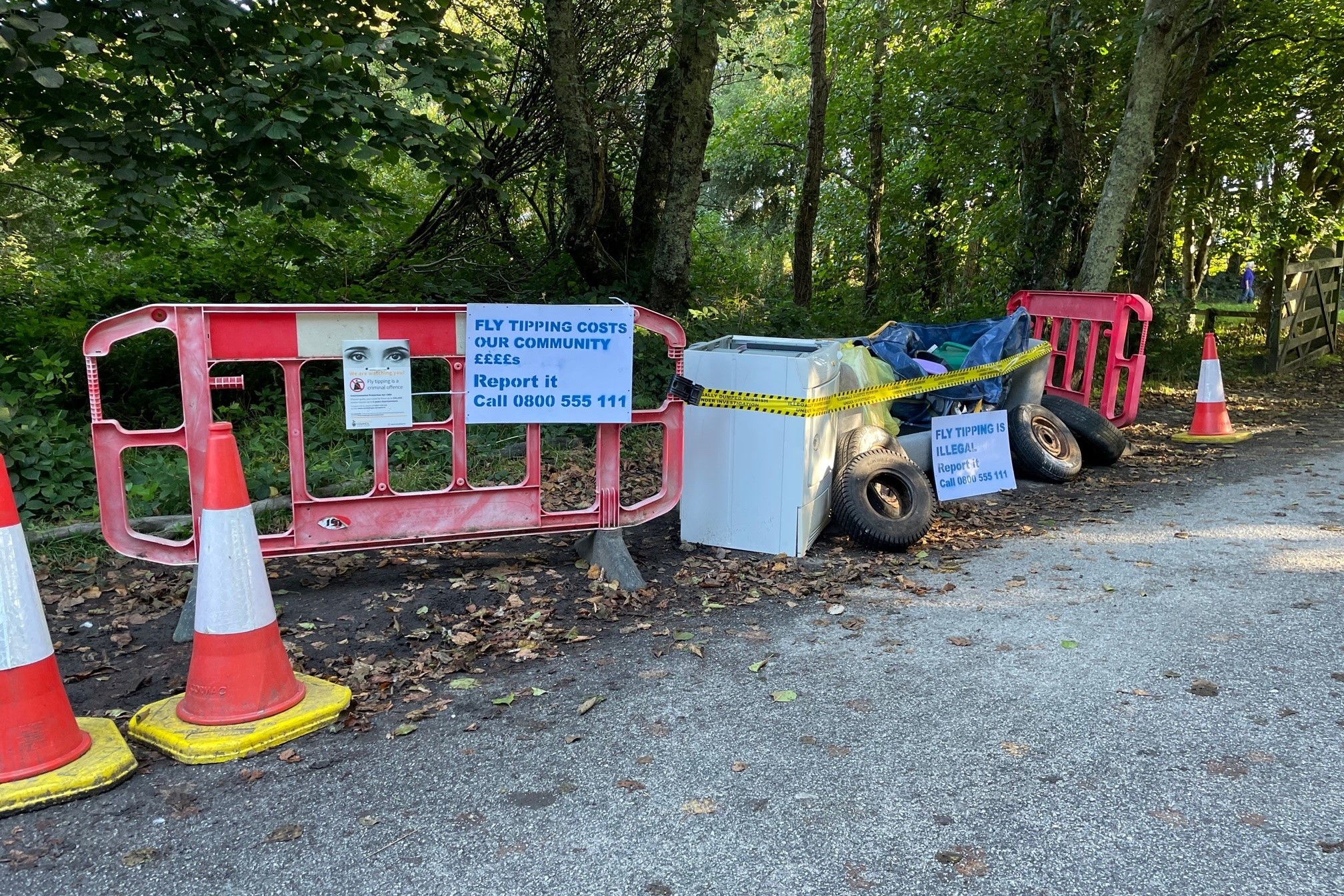 Areas in Illogan, a village near Redruth, are hot spots for fly-tipping and as part of the campaign, a staged fly-tip will be set up at Tehidy Country Park on Monday 20 September.

The controlled fly-tip at Tehidy Country Park is made up of bulky goods which you often see fly-tipped, like white goods and furniture and will only remain in place for a few hours, under supervision, before being removed.

But it is hoped the sight at one of Illogan’s beauty spots will create interest and debate about the importance of managing waste properly.

It might seem counterintuitive for a campaign against waste crime to arrange for rubbish to be dumped at a beauty spot. But secluded spots in Illogan are targeted by fly-tippers up to 90 times a year. The problem may often be out of sight to many, but this is an important reminder that this sort of thing is happening and continues to have a real impact on local environments and communities.

Everyone needs to be reminded that it doesn’t matter where rubbish gets dumped, everyone ends up picking up the cost of this happening.

You would not use an unqualified tradesperson to fix your boiler or rewire your house because they might be cheaper and only accept cash. And the same applies to rubbish. Only use permitted waste carriers or run the risk of being prosecuted if your rubbish ends up fly-tipped in places like Illogan.

Each year, Cornwall Council spends an estimated £250,000 clearing waste that has been fly-tipped around the Duchy.

Not only does fly-tipping cost council taxpayers a lot of money to clear up, it also ruins our beautiful countryside.

We are all responsible for making sure our rubbish is disposed of properly, and legally. Paying someone to take it away for you is often the simplest option but make sure you choose a respectable company. You can do this by using the Buy with Confidence Scheme.

Other planned activities by Don’t Rubbish Illogan include chalk stenciling at known fly-tip locations to show these areas are being monitored to warn off dumpers, promotional posters and social media under #dontrubbishillogan.

Learn more about the Buy with Confidence Scheme at https://www.buywithconfidence.gov.uk.

The Buy with Confidence Scheme provides people in Cornwall with a list of local businesses which have given their commitment to trading fairly.

Every business listed has undergone a series of detailed checks by Trading Standards officers before being approved as a member of the scheme to ensure that they operate in a legal, honest and fair way.