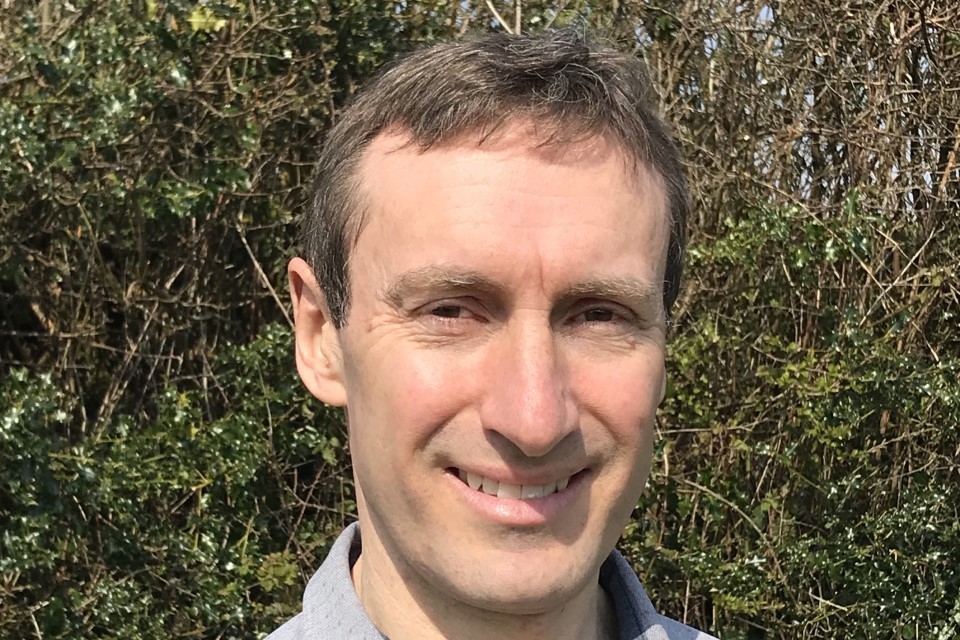 The UK Atomic Energy Authority (UKAEA) – which is responsible for the UK’s national fusion research – has this week welcomed a new Director for its flagship STEP programme.

Paul Methven joins the STEP (Spherical Tokamak for Energy Production) programme from the Submarine Delivery Agency, where he was the Director of Submarine Acquisition, bringing with him a wealth of significant project experience.

STEP is an ambitious programme to accelerate the delivery of sustainable fusion energy through the design and build of the world’s first compact fusion reactor by 2040. With £222 million funding from government agreed in 2019, the first stage of work is to develop a concept design, as well as identifying a site where the plant will be built.

Paul said: “I’m really looking forward to getting started and meeting the amazing people working across the STEP team and at UKAEA.

“What we’re doing really matters, for the country and indeed for the planet. And it’s a big and difficult challenge, with lots of uncertainty. But both those aspects, the importance of the work and its sheer difficulty, are what also makes it hugely exciting.

“Our task over the next four years is to build on the amazing research and development of the last 50 years at UKAEA and move forward to a concept design for a prototype fusion reactor and establish a well-founded programme that lays the foundations for commercially viable power generation.

“Frankly, who wouldn’t want to be a part of that? I’m excited to get started.”

UKAEA CEO Professor Ian Chapman, said: “STEP is about moving from research and development to delivering fusion power and I’m delighted that Paul is joining the team, moving into the fusion industry from a long and distinguished career in the Royal Navy.

“He has the drive and determination to ensure STEP reaches its short-term goals and enable the team to go on to design and build our prototype reactor in the UK by 2040, making a significant contribution to the UK’s long-term plans to decarbonise the economy.”

For more information on the STEP programme, contact Saranne Postans on 07557 226473 or via email: Saranne.postans@ukaea.uk

Fusion research at Culham is funded by the Engineering & Physical Sciences Research Council and by the European Union under the EURATOM treaty.

Fusion research aims to copy the process which powers the Sun for a new large-scale source of clean energy here on Earth. When light atomic nuclei fuse together to form heavier ones, a large amount of energy is released. To do this, fuel is heated to extreme temperatures, hotter than the centre of the Sun, forming a plasma in which fusion reactions take place. A commercial power station will use the energy produced by fusion reactions to generate electricity. Nuclear fusion has huge potential as a long-term energy source that is environmentally responsible (with no carbon emissions) and inherently safe, with abundant and widespread fuel resources (the raw materials are found in seawater and the Earth’s crust).

STEP (Spherical Tokamak for Energy Production) is an ambitious programme to design and construct a prototype fusion power plant by 2040. It is a UKAEA programme with £222 million funding from the UK Government to produce a concept design by 2024.

The STEP prototype reactor is expected to be a 100MW power station and will be used to research and develop the technology and enable a fleet of commercial plants to follow in the years after 2040.

The aim for this first phase of work is to produce a ‘concept design’ by 2024. This means an outline of the power plant, with a clear view on how we will design each of the major systems. Between 2024 and 2032, the design will be further developed through detailed engineering design and, at the same time, planning permission to build the power plant will be sought. The aim is to have a fully evolved design and approval to build by 2032, enabling construction to begin. By 2040 STEP will be the world’s first commercially viable fusion plant into commission.

Business Call for help to solve our data challenges