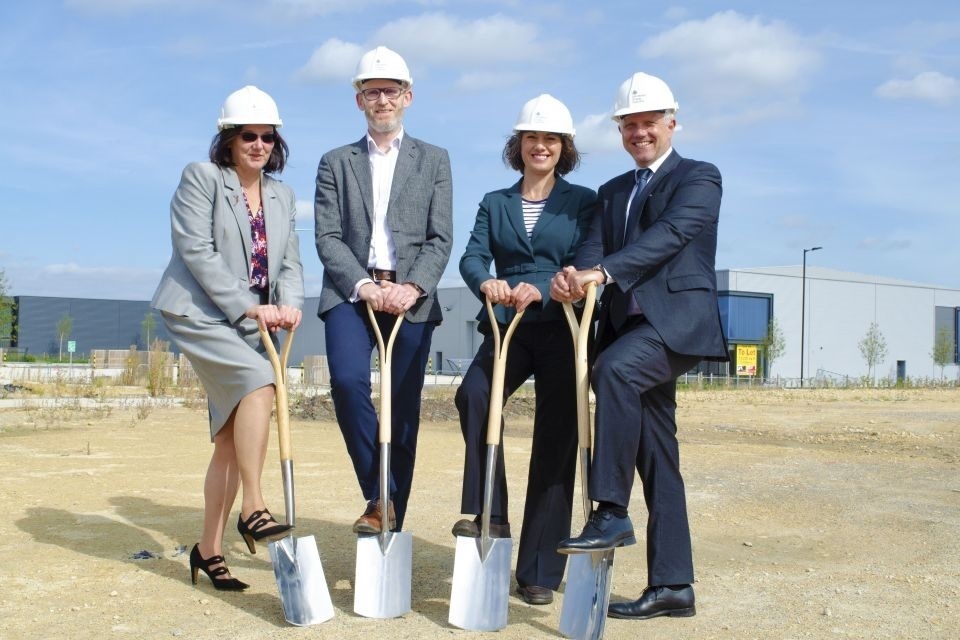 The facility will see UKAEA working with industrial partners to put the UK in a strong position to commercialise nuclear fusion as a major source of low-carbon electricity in the years ahead.

It will be sited at the Advanced Manufacturing Park, whose existing occupiers include Rolls-Royce, McLaren Automotive and both the AMRC and NAMRC. It will be funded as part of the Government’s Nuclear Sector Deal delivered through the Department for Business, Energy and Industrial Strategy. An additional £2M of investment is coming from Sheffield City Region’s Local Growth Fund.

The key role of the facility will be to develop and test joining technologies for fusion materials and components – for example novel metals and ceramics. These will then be tested and evaluated under conditions simulating the inside of a fusion reactor (including high heat flux, in-vacuum, and strong magnetic fields).

The site will help UK companies win contracts as part of ITER – the key international fusion project being built in the south of France. Looking further ahead, it will enable technology development for the first nuclear fusion power plants, which are already being designed.

The planned 25,000 sq. ft facility will require regular supplies of specialist metals and materials – providing further opportunities for regional companies in the UK.

Momentum is growing in fusion research and we believe the opening of this facility in South Yorkshire represents a practical step towards developing power plants.

This facility will provide fantastic opportunities for UK businesses to win contracts and put UKAEA in a great position to help deliver the necessary expertise for the first nuclear fusion power stations.

The Sheffield City Region is a growing hub of innovation, expertise, and knowledge.

These qualities are among the reasons why the UKAEA have chosen to open a new facility in Rotherham, supported by Local Growth funding from the Sheffield City Region.

As well as creating new skilled jobs and opportunities for collaboration with the nearby research centres, this facility will create opportunities for other businesses as specialist suppliers, boosting the region’s economy and highlighting our world-leading specialisms in advanced manufacturing.

We’re delighted to welcome UKAEA to the Advanced Manufacturing Park, and to the Sheffield region’s world-leading cluster of applied innovation. We look forward to working with UKAEA at their new facility to develop manufacturing techniques for fusion power plants and help UK manufacturers win work in this growing global market.

This development has the potential to create many jobs in the local supply chain as fusion technology matures. This is a huge deal for Sheffield and the North, and we are really pleased to have played a part in this and to be working with UKAEA.

Images and video are available at this Dropbox link. For more information please contact:

The United Kingdom Atomic Energy Authority (UKAEA) is a UK government research organisation responsible for the development of nuclear fusion. It is an executive non-departmental public body of the Department for Business, Energy and Industrial Strategy (BEIS). UKAEA’s headquarters are at Culham Science Centre near Oxford.

The Advanced Manufacturing Park (AMP) at Waverley is home to some of the world’s biggest manufacturers including Rolls Royce, Boeing and McLaren Automotive. Technology developed at the AMP is already being utilised in leading edge projects including Formula One, the military and commercial aircraft. The AMP site has been developed by Harworth on 150-acres of space that forms part of the wider 740-acre Waverley scheme and benefits from Government enterprise zone status within the Sheffield City Region.

Fusion research aims to copy the process which powers the Sun for a new large-scale source of clean energy here on Earth. When light atomic nuclei fuse together to form heavier ones, a large amount of energy is released. To do this, fuel is heated to extreme temperatures, hotter than the centre of the Sun, forming a plasma in which fusion reactions take place. A commercial power station will use the energy produced by fusion reactions to generate electricity.

Nuclear fusion has huge potential as a long-term energy source that is environmentally responsible (with no carbon emissions) and inherently safe, with abundant and widespread fuel resources (the raw materials are found in seawater and the Earth’s crust).

Researchers at UKAEA are developing a type of fusion reactor known as a ‘tokamak’ – a magnetic chamber in which plasma is heated and controlled. The research is focused on preparing for the international tokamak experiment ITER, now being built in southern France. ITER – due to start up in 2025 – is designed to validate technology for the prototype power stations that are expected to follow it, and if successful should lead to electricity from fusion being on the grid by 2050.

Fusion research at UKAEA is funded by the Engineering and Physical Sciences Research Council and by the European Union under the Euratom treaty.