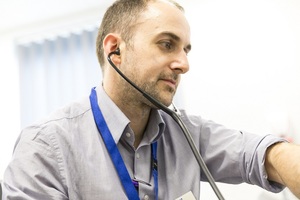 The scheme will provide cover for NHS work carried out before 1 April 2019.

Under the scheme, clinical negligence cover will be provided for current and former general practice members of Medical Defence Organisations (MDOs) that have reached agreement with the Department of Health and Social Care (DHSC) for the scheme to provide such cover.

DHSC laid the new regulations in Parliament on Monday 16 March 2020 to establish the ELSGP. They will come into force on 6 April 2020.

At first the scheme will apply only to general practice members of the Medical and Dental Defence Union of Scotland.

It will apply to general practice members of the Medical Protection Society from 1 April 2021.

DHSC has not yet reached agreement with the Medical Defence Union.

The ELSGP will be administered by NHS Resolution on behalf of the Secretary of State for Health and Social Care.

The scheme is part of the government’s aim to establish a more stable and affordable indemnity system for GPs, others working in general practice and their patients.

Further information on what these changes mean for GPs and others who worked in general practice before 1 April 2019, and how they should use the scheme, will be available on NHS Resolution’s website.

Health Plans set out to support pupils eligible for free …