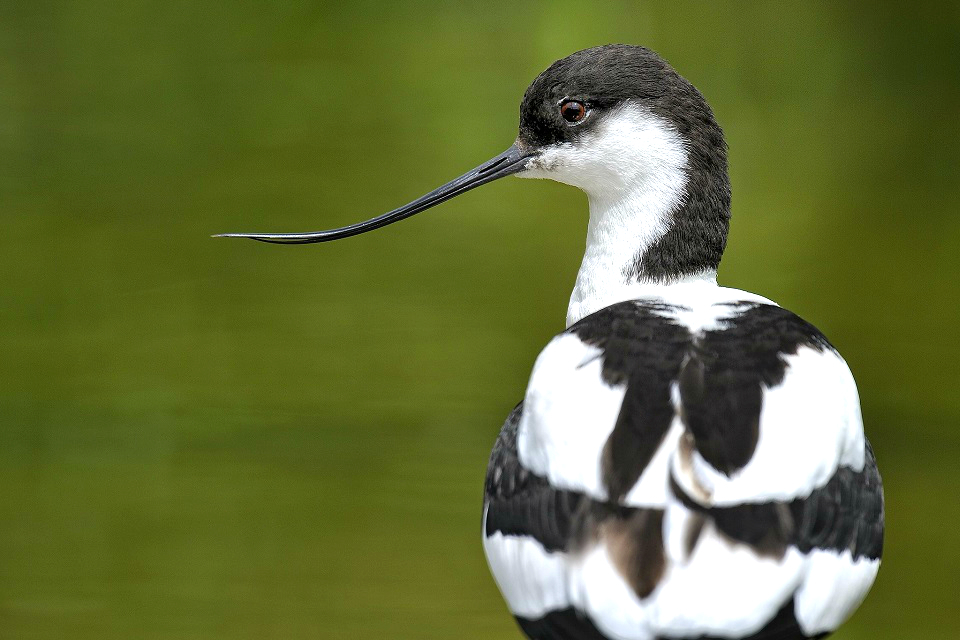 New and extended special protection areas, designated to protect rare and vulnerable seabirds from human activity, such as fishing or outdoor recreation, will be designated in the Solent and near Middlesbrough.

Close to 1,000 pairs of three species of tern will benefit from a new Solent and Dorset Coast Special Protection Area (SPA) which will span more than 891 km2, equivalent to more than 125,000 football pitches. The area is the fifth most important foraging site in the UK for little tern and seventh most important for common tern during their breeding season.

The Teesmouth and Cleveland Coast SPA will also be extended by 109 km2, bringing the total area size to more than 122 km2, which equals more than 17,000 football pitches. With the extension in place, more than 35,000 individual birds such as pied avocet, ruff and migratory red knot will be protected.

The Environment Minister will also confirm a comprehensive Seabird Conservation Strategy, which will be published in December 2020. This will assess the vulnerability of each species in light of the pressures they are facing and will propose actions to address them.

Speaking at the Coastal Futures conference in London, she also will reiterate the UK’s commitment to strengthen protections for marine life impacted by climate change. The UK government has spearheaded international efforts at home and abroad to cut carbon emissions and in September formed the Global Ocean Alliance to push for international agreement to protect at least 30% of the global ocean through Marine Protected Areas by 2030.

The UK continues to be a world leader in cutting carbon emissions and pushing for greater protections for marine life around our coast and in the global ocean.

As the devastating impacts of climate change are only too visible, it is vital that we take decisive steps now that make a real difference to help protect our wildlife and allow vulnerable species to recover.

We have already protected important nesting sites for seabirds, such as the little tern, and these new and additional protections to their feeding grounds, together with the development of a new strategy to protect our seabirds, will help the coastal environment recover, develop and, importantly, thrive.

Many of Britain’s sea and shorebird populations are globally important and for that reason we have a particular responsibility to protect and enhance them. I am delighted that, following an extensive evidence-based assessment by Natural England, these new areas, confirmed today by Government, will help to do that. They will ensure that species of conservation concern, such as terns and waders, have access to secure food sources, including during their critical annual breeding seasons.

When it comes to the bigger picture and longer term, all of us at Natural England look forward to working together with Defra and others across government to further develop and implement the landmark Seabird Conservation Strategy. This is a vital undertaking, through which we will be better placed to understand the challenges that seabird populations currently face and consider whether further measures are needed to help their recovery.

Many seabird species are declining at an alarming rate, both globally and across the UK. We welcome today’s announcement by the government to reverse these declines through a comprehensive Seabird Conservation Strategy.

It will be a first step in tackling this growing problem and is something that the RSPB has been calling for. We look forward to working with the UK Government to make sure that these islands remain globally important for seabirds.

SPAs form part of the UK’s ‘Blue Belt’ of Marine Protected Areas and join 41 new Marine Conservation Zones designated in May 2019 in helping to boost resilience to human-made pressures, as well as providing space to help species to adapt to the impacts of climate change.

The UK seabird population is of global importance. The UK holds around one quarter of Europe’s breeding seabirds, with the marine SPA network being of critical conservation importance for many of the UK’s birds and protecting important breeding sites and foraging grounds that contain an estimated 70% of all UK breeding seabirds and 37% of all UK non-breeding waterbirds.

The impacts of climate change are considered to be one of the main causes of a decline in a number of species, mainly through changes to the availability of prey, rising temperatures and extreme weather events.

Regulators, such as Natural England, the Marine Management Organisation and local Inshore Fisheries and Conservation Authorities (IFCAs), will be responsible for ensuring the SPAs are managed to protect their species and habitats, working with local fishing communities and other organisations.

The Environment Minister also reaffirmed support for the independent Highly Protected Marine Area (HPMA) review, which was commissioned to explore the potential of HPMAs to recover marine wildlife and habitats by applying the highest level of protection from damaging activities. The government’s commitment to marine protection forms a key part of the 25 Year Environment Plan. As part of this plan, the government has also introduced one of the world’s strongest bans on microbeads to protect our ocean, in addition to the plastic bag charge and ban on straws, stirrers and cotton buds.

New protections for thousands of seabirds

Environment Clock is ticking for waste criminals as new taskfo…