Hundreds of native crayfish have been carefully hand-collected and moved to a remote refuge as part of a project to grow their numbers.

Environment Agency ecologists have relocated the white-clawed crayfish – a protected species under threat across the country – to sites where their populations can flourish out of harm’s way.

The new sites are free of the larger, more aggressive, invasive signal crayfish – which outcompete the native species for food and habitat and carry a disease fatal to the UK species.

In a day-long operation, a dozen officers collected around 350 native crayfish from a stretch of the River Witham near Grantham, checked their size, health and gender, and moved them to a secret site on a Lincolnshire lake.

Regular monitoring will keep tabs on their numbers as the crayfish distribute across their new home and start to breed.

The work is part of a national scheme known as the ‘Ark project’, aiming to secure the future of white-clawed crayfish in England. The species has been in decline since non-native American signal crayfish escaped into UK waters in the 1970s.

This relocation is the second such rescue in the county after a similar effort in 2017 saw hundreds of crayfish successfully transferred to chalk streams in the Lincolnshire Wolds. Surveys carried out in the area since have confirmed the crayfish are breeding and boosting the population. 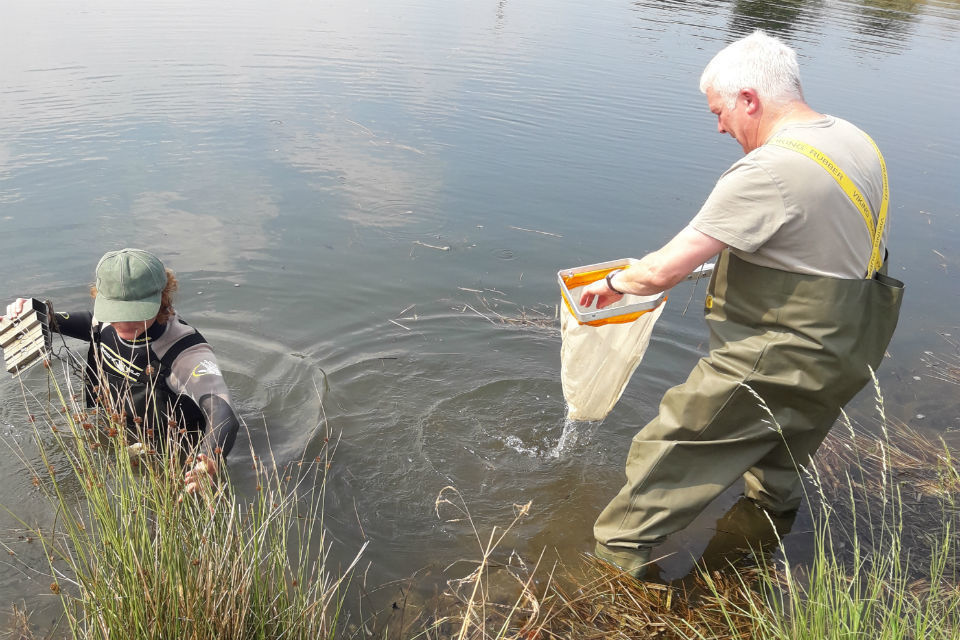 Lincolnshire’s flat, open rivers and pristine chalk streams are a haven for native crayfish, making our county one of the largest strongholds in England for this protected species.

They’re a vital part of the local ecology, which is why we’re working so hard to protect them – and these efforts are just part of our ongoing work to improve the environment for people and nature.

White-clawed crayfish, named for the pale colour of the underside of their claws, are the country’s largest native freshwater crustaceans. Generally growing to 30 – 40mm in length, some can live up to 12 years and reach 120mm long from tip to tail.

The Ark project is just one example of the work being done as part of the government’s 25 year environment plan to protect and improve the environment within this generation.

Everyone can do their part to prevent the spread of invasive species and protect native ones by taking care to follow the biosecurity steps of thoroughly checking, cleaning and drying your clothes and equipment any time you’ve been in the water. You can get more information at http://www.nonnativespecies.org/checkcleandry/.