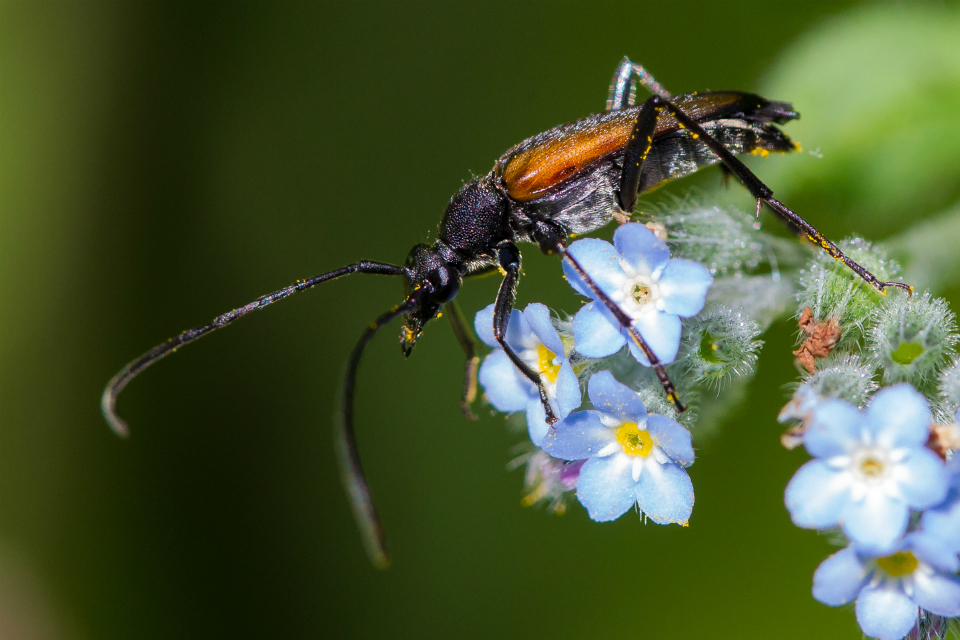 Natural England has today (1 August) published the first comprehensive reviews for two groups of beetles in Great Britain for over two decades, offering a vital insight into what needs to be done to protect dozens of species.

The reviews paint a picture for 143 species of rove beetles and longhorn beetle across England, Scotland and Wales, to help inform the conservation needs of these species.

The findings will help ecologists to protect beetles, which are an important food source for many animals and also play a crucial role in the natural world by recycling decaying organic matter.

The reviews are also the first to apply the International Union for Conservation of Nature’s (IUCN) Red List criteria for the assessment of species threat status to these beetle groups, establishing the conservation status of these ecologically important species against international standards.

These reviews are critical to our understanding of these species’ conservation status and their ecological requirements. They reveal how changes in land use in modern Britain are affecting wildlife and what we need to do if we are to safeguard its future.

That is why we are working with JNCC and Buglife through the Species Status project to produce these reviews.

The reports include habitat management measures which landowners and land managers can take to help protect the habitats of these vulnerable species as well as a wide range of other wildlife.

Recent reports have shown that invertebrates are facing an extinction crisis. Worldwide, thousands of invertebrate species are declining and many are heading towards extinction.

Each invertebrate species plays a unique and important role in the web of life but once lost they cannot be replaced. Many invertebrates have incredible life stories yet to be told and we literally don’t know what we are on the brink of losing.

Monitoring the status and abundance of beetles can provide an important indication of the health of natural ecosystems.

Land managers and landowners can protect and manage habitats of importance to beetles and other wildlife by:

Natural England is the government’s adviser for the natural environment in England and protects habitats that support invertebrates including through notifying Sites of Special Scientific Interest (SSSI) and National Nature Reserves (NNRs).

The reports are available online:

‘A review of the status of the beetles of Great Britain: The Staphylinidae: Tachyporinae beetles (rove beetles)’ examined 68 species in Britain under the IUCN Red List Criteria. One species is ‘Extinct’, one is ‘Critically Endangered’, one is ‘Vulnerable’, two are ‘Threatened’ and two are ‘Near Threatened’ meaning they may become Threatened in the near future as they do not meet all of the Red List criteria.

In line with previous findings, only one was found to be ‘Extinct’ – Tachinus scapularis, which was found in decaying vegetation, was last recorded in Greenwich in 1953.

The greatest threats to this group of rove beetles, in common with many other insects, are habitat destruction and fragmentation resulting from agricultural intensification, the expansion of infrastructure for housing and the lack of traditional land management.

The Cerambycidae or Longhorn Beetles family contains some of the best known and very familiar British beetles, such as the harlequin beetle Rutpela maculata, the wasp beetle Clytus arietis and musk beetle Aromia moschata.

‘A review of the status of the beetles of Great Britain: Longhorn Beetles (Cerambycidae)’ looked at 75 different species in this category and found that three species are ‘Extinct’, two ‘Critically Endangered’, one ‘Endangered’, one ‘Vulnerable’ and three ‘Near Threatened’.

In line with previous findings, the three extinct species – Red-collared longhorn beetle, Obrium cantharinum and the great wasp beetle – all have last recorded sightings prior to 1938.

The biggest threat to this group of beetles includes widespread clearance of dead and decaying wood from the countryside and the lack of new generations of veteran trees developing.

The Species Status project is a recent initiative, providing up-to-date assessments of the threat status of taxa using the internationally accepted Red List guidelines developed by the International Union for Conservation of Nature (IUCN) IUCN Standards and Petitions Subcommittee, 2017); (IUCN, 2012a; 2012b). It is the successor to the Joint Nature Conservation Committee (JNCC) Species Status Assessment project which ended in 2008.

Under the Species Status project, the UK’s statutory nature conservation agencies, specialist societies and NGOs will initiate, resource and publish Red Lists and other status reviews of selected taxonomic groups for Great Britain. All publications will explain the rationale for the assessments made. The approved threat statuses will be entered into the JNCC spreadsheet of species conservation designations. This publication is one in a series of reviews to be produced under the auspices of the new project.

Buglife has a range of resources to help people build bug hotels and homes for beetles.