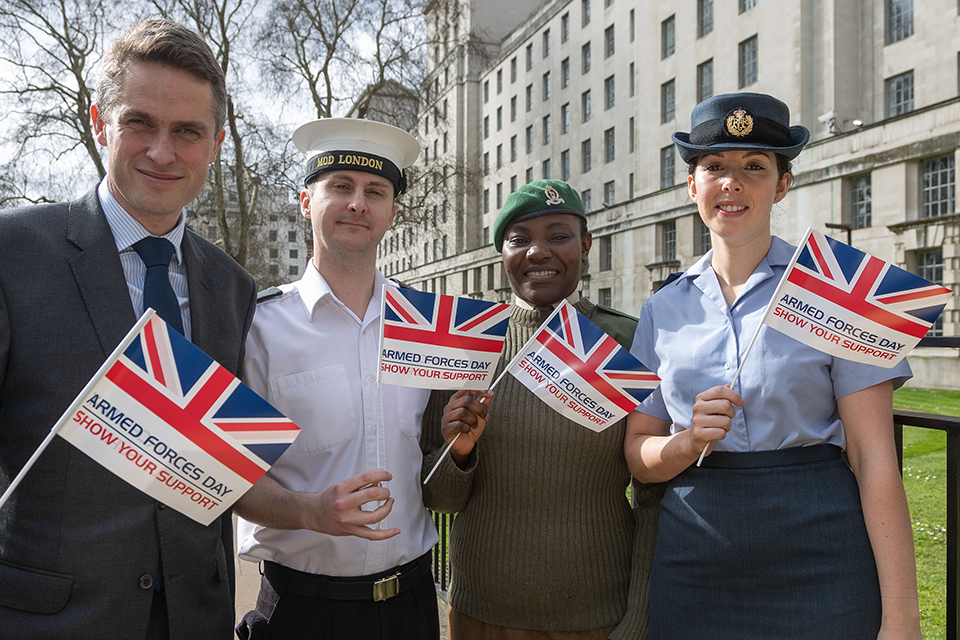 Armed Forces Day 2019 is just 100 days away, with preparations underway for the national event in Salisbury and hundreds of community events across the country.

Now in its 11th year, Armed Forces Day is an opportunity for the nation to thank Servicemen and women, past and present, for their readiness to serve and protect the UK and its interests both at home and abroad.

I’m thrilled that the Armed Forces Day national event will take place in Salisbury this year in just 100 days’ time. The urgent, expert response of the Armed Forces to the Salisbury attack is just one reason why we’re all so grateful for their service.

Armed Forces Day is an annual celebration of the very special relationship between members of our Armed Forces and the people they serve. Communities across the UK will come together to thank the Armed Forces for their dedication, expertise and excellence. I encourage everyone to get involved this year and show their support.

The national event will give the people of Salisbury and the public as a whole the change to thank the Armed Forces for their tireless support towards the city’s recovery following last year’s Novichok attacks.

Salisbury has many current and historic links to the Armed Forces and is home to several Army bases and Salisbury Plain, one of the UK’s biggest military training areas.

In 100 days time, hundred of communities across the UK will celebrate Armed Forces Day with street parties, parades, barbecues and tea dances.