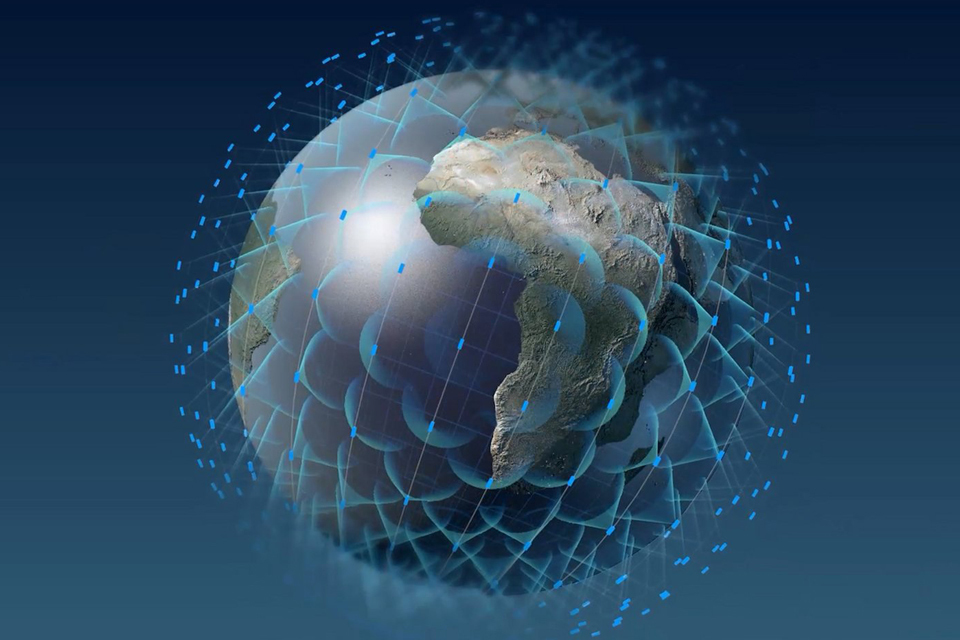 A global communications network in space, the system will be comprised of approximately 650 satellites initially and scale to more than 900 satellites over time.

Science Minister Chris Skidmore is visiting the European Space Agency in the Netherlands today. He will say:

Fast internet access is something many people take for granted but in many areas of the world connectivity is still hit and miss.

This new £18m investment will go towards meeting the significant technical challenges of the project, putting the UK at the forefront of cutting-edge research and development.

The commercial potential for a cost effective worldwide telecoms satellite system is huge, and the UK space sector is playing a leading role in delivering it. It is made possible by our ongoing commitment to the European Space Agency and our world-leading capabilities in space and telecommunications, which we are supporting through our modern Industrial Strategy.

UK business OneWeb, which is headquartered in London and will employ up to 200 staff at its’ White City offices, is poised to take advantage of cost effective spacecraft launch and manufacturing to deploy hundreds of satellites that could provide more affordable internet connectivity to people and businesses across the world.

The OneWeb Sunrise programme will initially focus on technologies for the next generation of satellite payloads, ground connections and space debris removal.

The UK Space Agency investment will also support novel automation techniques and artificial intelligence to manage the proposed constellation of spacecraft and its interaction with terrestrial networks to realise global 5G connectivity.

Providing access to people everywhere has been the mission and vision of OneWeb since the very beginning. We will be able to realize this vision in part because of important partnerships like this one with the UK Space Agency, ESA and a range of other important partners including our European and Canadian partners. Thanks to this support, we will focus together on next generation technologies that will be game changers for realizing global 5G connectivity.

We are excited about the application of artificial intelligence and machine learning technologies to develop novel automation techniques that could help manage our constellation in future and ensure we do so safely and responsibly so that we can protect space for future generations.

Today’s announcement comes as a result of the UK’s leading investment in the European Space Agency’s telecommunications research programme (ARTES).

ESA is independent of the European Union and hosts its European Centre for Space Applications and Telecommunications (ECSAT) in Harwell, Oxfordshire, furthering the UK’s world-leading position in satellite communications.

Sunrise is a prominent endeavour falling under our Satellite for 5G Initiative.

It represents the exciting and required new direction ESA is taking in support of our Member States’ industry to remain at the forefront of not only the most advanced developments within the space world, but also to enable the necessary complement to the terrestrial networks that satellites will have to play to ensure a successful and fully inclusive digitalisation of industry and society.

This ESA project will span seven nations including Canada and is an example of how the UK will continue to work across Europe and globally.

The news comes as the first batch of 10 satellites of the OneWeb constellation are due to be launched on an Arianespace Soyuz rocket from Europe’s Spaceport in French Guiana next week (26 February).

The UK is a world leader in telecommunications satellites. Last month EUTELSAT QUANTUM, the first satellite capable of being completely reprogrammed after launch left the UK for final assembly and testing in France.

And in November last year, Eutelsat and Airbus signed a new contract worth hundreds of millions of pounds that will see components and parts for two further communications satellites assembled in the UK. This means that 6 out of 7 of the company’s next satellites will be partially built in Britain.

The UK space sector is growing rapidly, employing 42,000 people and playing a major role in the global shift towards the commercialisation of space activities – known as ‘New Space’.

The UK space industry is commercially focused with 82% of income from sales to consumers and businesses. The latest industry figures show it has an income of £14.8 billion, employment of 41,900 and exports worth £5.5 billion, while supporting a further £300 of UK GDP through the provision of satellite services to other sectors.

Business Business booms for Leeds-based company thanks to …
0
✖