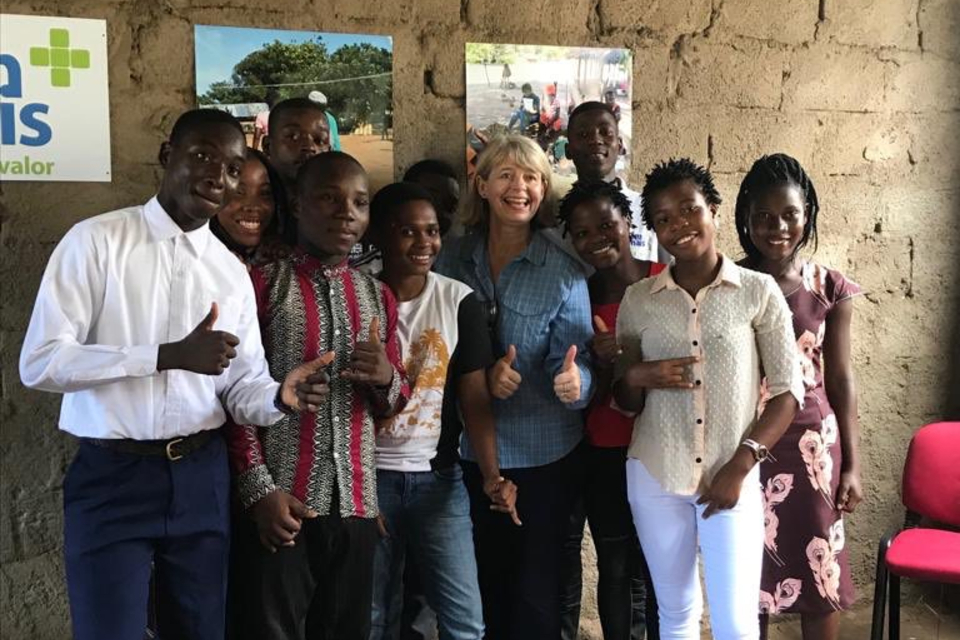 Foreign Office and DFID Minister Harriett Baldwin arrived in Johannesburg on 31 January for a two-day visit to South Africa.

She also visited a school to see first-hand how an investment from CDC, DFID’s private sector investment arm, is digitally upskilling future generations and boosting education, which will lead to better UK investment and trade in the long-term.

The visit to South Africa is the first by a Government Minister since the Prime Minister’s trip last August, during which she pledged a renewed partnership between the UK and Africa, to help secure stability, jobs and growth.

The UK values its partnership with South Africa because we both share the drive for a better and more secure world – speaking out on issues that affect us all such as poverty, climate change and security.

South African leadership is crucial internationally. South Africa has one of the largest economies in sub-Saharan Africa and plays an important role in regional institutions such as the African Union. It is the only African member of the G20 and BRICS (Brazil, Russia, India, China and South Africa).

We are working closely with South Africa during their membership of the UN Security Council in 2019-20. We are cooperating closely on African issues, particularly on the current situation in Zimbabwe and the recent elections in DRC, as well as promoting the UN agenda on Women, Peace and Security.

Minister Baldwin then travelled to Mozambique for a two-day trip, her first official visit to the country since taking office in January 2018. She held meetings with various Ministers and met representatives of the different political parties in a show of support to the peace process.

I was delighted to visit Mozambique and to see such rich provinces like Manica, Sofala and Maputo. The UK and Mozambique are united as members of the Commonwealth family.

As Minister for Africa, I look forward to strengthening this relationship further by supporting the peace process, and increasing trade relations including the creation of three new honorary consuls for prosperity.

Empowering women and girls is crucial for our future, in the UK and in Mozambique, enabling the whole of society to contribute to growth and development. It was great to see the programmes that the UK government funds and to meet inspiring young businesswomen and students who have benefitted from the UK’s Chevening scholarship programme.

Minister Baldwin also announced the creation of three new Honorary Consuls for Prosperity that will support the growth of economic and commercial ties between the UK and Mozambique for the cities of Pemba, Beira and Tete.

The new honorary consuls will help increase commercial, economic, cultural and scientific relations between the UK and Mozambique and advance friendly relations. They will provide advice and guidance to identify potential areas for mutual prosperity between UK and Mozambique.

International Affairs The end of an era: RAF Tornado returns from opera…
0
✖