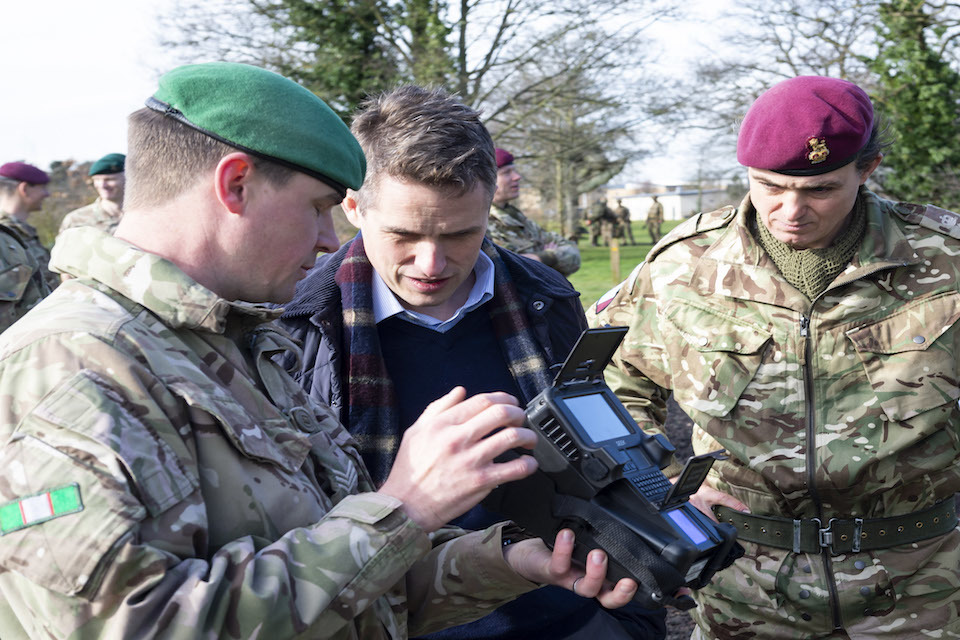 The Defence Secretary has committed £66m of defence’s new multi-million-pound Transformation Fund to fast-track military robotic projects onto the battlefield this year.

It was announced today at the Autonomous Warrior Exploitation Conference at the Science Museum, Kensington that the British Army will benefit from:

This announcement is a clear demonstration of how our Armed Forces are reaping the benefits from our new multi-million Transformation Fund. Each of these new technologies will enhance our Army’s capabilities whilst reducing the risk to our personnel and I’m delighted we will be revolutionising frontline technology by the end of the year.

The MOD has always embraced pioneering technology and this fund will ensure the UK stays at the forefront of global military capabilities and ahead of our adversaries.

The injection of funding from the new £160m Transformation Fund will see some of this equipment set to deploy to the likes of Estonia, Afghanistan and Iraq before the end of the year. The Defence Secretary will also look to make a further £340m available as part of the Spending Review.

The investment comes after the Army tested a range of projects as part of the biggest military robot exercise in British history at the end of last year, Exercise Autonomous Warrior.

Yesterday, the Defence Secretary visited 16 Air Assault Brigade in Colchester which will be among the recipients of the new battlefield technologies. He discussed how the new equipment will benefit troops on the ground to help increase their safety and combat effectiveness.

The Brigade is specially trained and equipped to deploy by parachute, helicopter and air-landing. Its core role is to maintain the Air Assault Task Force, a battlegroup held at high readiness to deploy worldwide for a full spectrum of missions.

Rapid adaptation is an essential ingredient for success on the battlefield. The fielding of the next generation of armoured fighting vehicles and ground-breaking robotic and autonomous systems will keep the British Army at the cutting edge of battlefield technology, improving our lethality, survivability and competitive advantage.

Robotic and autonomous systems make our troops more effective; seeing more, understanding more, covering a greater area and being more lethal. They unshackle them from the resupply loop. These are game-changing capabilities; and not just for combat operations. They are equally useful in humanitarian and disaster relief operations.

After securing an extra £1.8bn for defence and overseeing the Modernising Defence Programme, the Defence Secretary has dedicated millions of pounds to transforming defence, arming the British military with innovative technology through fast-tracking new projects.

The MOD is embracing transformation at an ever-faster rate and the Transformation Fund is focused on investments in truly high-tech innovation that will create the armed forces of the future.

International Affairs Remarks by the Prime Minister of Jordan, His Exce…