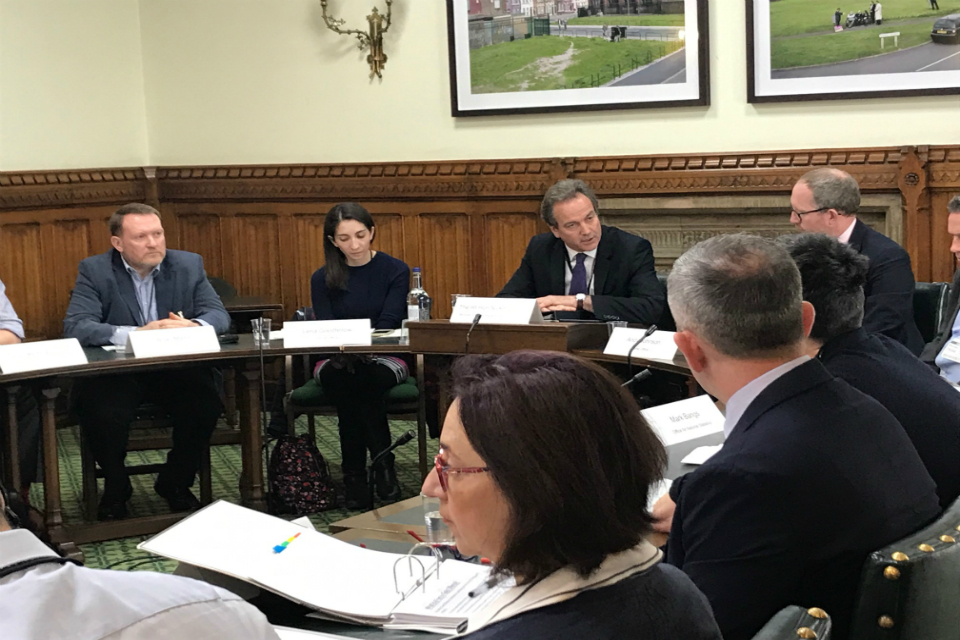 The Policing Minister today chaired the first meeting of a new taskforce that will drive work to tackle residential burglary.

The taskforce brings together the police, industry leads, charities such as Crimestoppers and Victim Support and the government to look at what more can be done to combat these crimes and to agree actions.

Minister for Policing and the Fire Service Nick Hurd said:

Being burgled doesn’t just mean the loss of valuable and sentimental items – it also makes us feel less safe in our homes and has a damaging effect on communities.

I’m pleased that burglary levels have fallen significantly in recent years, but with hundreds of thousands of people suffering this intrusive crime every year, more needs to be done to combat it.

It’s vital that we work with partners, policy and industry on this.

Earlier this month, the Home Secretary, Sajid Javid, called for government and industry to work together to design products and buildings so that such crimes are more difficult to commit.

In January, the Policing Minister chaired the first meeting of the vehicle theft taskforce, bringing together industry and police to strengthen the response to this type of crime. Moped crime has already been cut dramatically thanks to the introduction of new anti-theft devices, along with tough law enforcement.

Police officers know how distressing a burglary is for victims and are totally committed to tackling these crimes.

The burglary taskforce will help us bring everyone involved to the table so we can continue to work together to prevent burglary – and when it does take place, to bring offenders to justice.

At the first meeting, the taskforce discussed the scale of the threat and methods that can help reduce burglary. It will meet every 6 months.