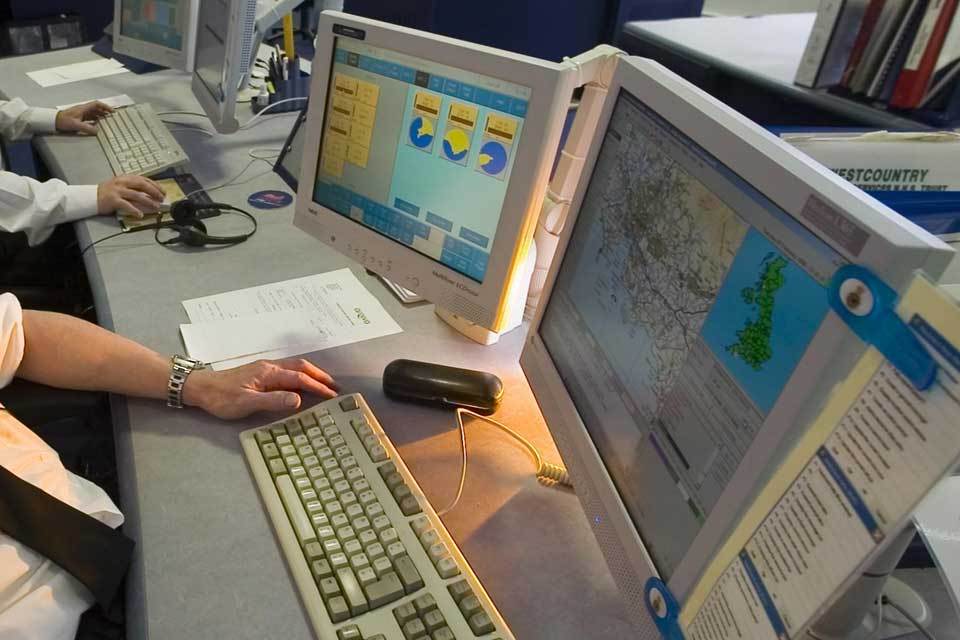 HM Coastguard was alerted at around 10pm on Tuesday night to the 24 metre French registered fishing vessel, La Fanette which had suffered engine failure. Another fishing vessel went to assist and HM Coastguard requested the launch of Sennen Cove RNLI lifeboat. Despite atrocious weather, Sennen Cove lifeboat launched but due to 5-6 metre waves on scene and storm force winds, it was impossible for either the fishing vessel or the lifeboat to establish a tow with La Fanette. Penlee RNLI all weather lifeboat also attended.

The six crew on board were airlifted from the fishing vessel by Newquay coastguard rescue helicopter.

Speaking after this morning’s incredible rescue, Captain Sharky Finn from Newquay coastguard helicopter said: ‘This is definitely one of the most challenging jobs we’ve seen at Newquay. We were flying into a force 8 gale with 20ft high waves swirling beneath us and we could clearly see the fishing vessel disappearing beneath the swell as we approached.

‘We had the support of RNLI Sennen Cove on scene who had tried to establish a tow line but were unable to do so because of the severe weather conditions.

‘We tried a variety of different winching positions as the fishing vessel pitched and rolled violently underneath us before lowering a hi-line and then our winchman to the bow. The only way we could do this was turn the helicopter 90 degrees out of winds which meant we were effectively flying sideways. Needless to say, it was very challenging deck; it stretched the capabilities of both the crew and the aircraft. However, despite this pressure we were able to take our time and safely recovered all six crewmates and our winchman to the aircraft before returning to the Newquay base. We’re grateful for the support of the Newquay coastguard rescue team and the Newlyn seaman’s mission who met us when we returned.’

Athough weather conditions are still quite rough due to Storm Gareth the sister vessel ‘Faradet’ has successfully established a tow with the ‘La Fanette’ and it is now safely under tow proceeding to rendezvous with a French tug on route from Brest.

There has been no pollution reported however HM Coastguard will continue to monitor the vessel whilst it’s in UK waters.