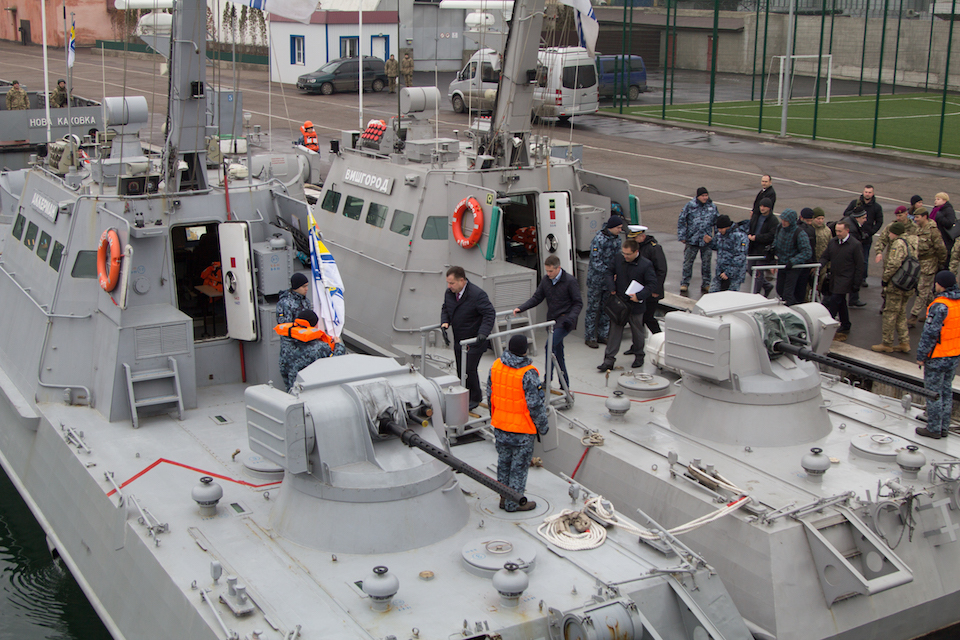 Defence Secretary Gavin Williamson reaffirmed the United Kingdom’s commitment to working closely with Ukraine in the face of shared threats when he met Ukrainian Defence Minister Stepan Poltorak on a visit to Odesa.

Mr Williamson visited Royal Navy vessel HMS ECHO, whose planned deployment to the Black Sea and Ukraine he accelerated. This is a clear demonstration of the UK’s unwavering support both to Ukraine’s territorial sovereignty and freedom of navigation. This followed the latest in a pattern of Russian hostile acts, the illegal seizure of Ukrainian vessels and 24 servicemen by Russia last month.

The UK is a steadfast partner to Ukraine as it faces continued illegal acts of aggression against its sovereignty.

HMS Echo’s deployment is a further demonstration of our resolute support and commitment to cooperate with the Ukrainian military.

While in Odesa the Defence Secretary also gained an insight into the personal cost Russia’s actions have wreaked on the people of Ukraine when he met with families of the detained servicemen.

He reaffirmed that the UK stood shoulder-to-shoulder alongside the international community in calling for their immediate release.

In conversations with Mr Poltorak the Defence Secretary discussed the progress being made on the UK’s military training mission to Ukraine Operation Orbital, which he announced would be extended until 2020 on his last visit in September.

Further to the deployment of HMS Echo – whose passage through the Black Sea was notified to regional authorities through the Montreux Convention – the UK will also be offering support and mentoring to the Ukrainian Navy and deploying training teams made up from the Royal Navy, Royal Marines and the Army in January and March 2019.

The UK and Ukrainian Armed Forces will also gain further opportunities to develop capability and share expertise by committing to bilateral exercises next year.

Since the start of 2015, British personnel have trained over 9,500 of the Ukrainian Armed Forces.