This marks the start of the demolition of Sellafield’s Windscale Pile One stack.

The 125m tower – the scene of Britain’s worst nuclear accident – will now start to disappear.

The blocks are then removed with the help of a giant crane, which at 152 metres is the tallest structure ever built at Sellafield, just six metres shorter than the Blackpool Tower.

Following a period of intense planning, we’re delighted to share this very visible demonstration of the work being done to make Sellafield a safer place.

Not only does it reduce the risk associated with this historic, redundant stack, but it will also change the Sellafield skyline forever.

This is a huge step in our clean-up mission at Sellafield , so everyone was incredibly proud to see those first blocks safely removed. This is thanks to the dedication and collaboration of the Sellafield and supply chain teams involved.

The Windscale Pile One chimney, with its distinctive top-heavy appearance, has dominated the Sellafield skyline for nearly 70 years. 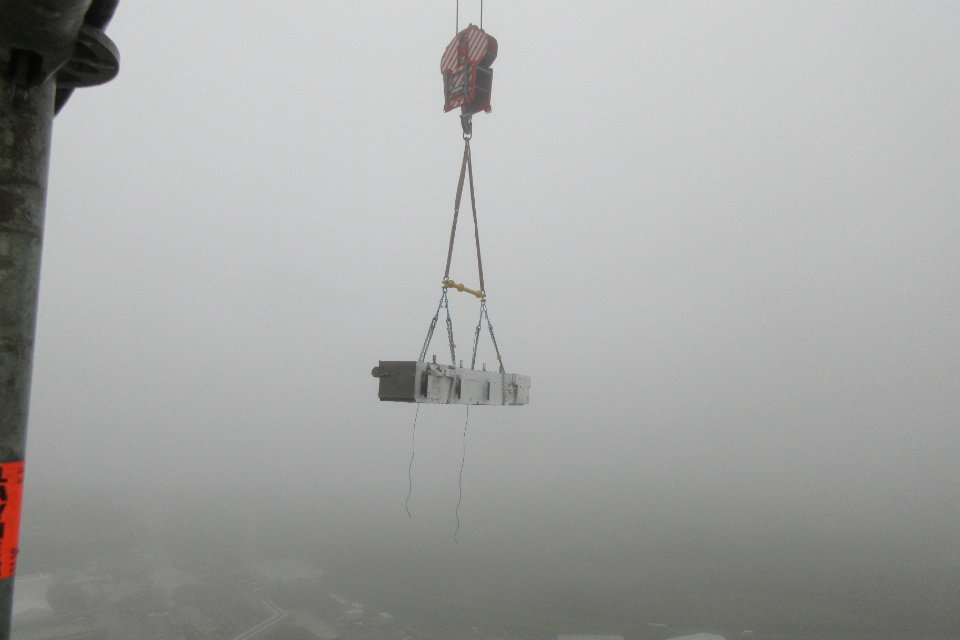 First block removed from the top of the chimney

The first piece to go will be the square-shaped ‘diffuser’ at the top, which will disappear before 2022.

Famously, this bulky filtration system was a last-minute addition, placed unusually at its summit.

Despite being mockingly referred to as ‘Cockroft’s Folly’, after its designer Sir John Cockroft, it turned out to be a masterstroke.

In 1957, fire broke out in the Windscale Pile One reactor. The sky-high filters captured an estimated 95 per cent of the radioactive dust created.

Now, the chimney is a decommissioning project.

Teams from Sellafield Ltd and its supply chain are working together to safely pull it down.

The project is a collaboration between Sellafield Ltd and the supply chain. Partners include: DSA Progressive Alliance (Cavendish and AECOM) for design and engineering, DDP Framework ADAPT (Doosan Babcock, Atkins, and AREVA) for procurement and construction, and Access Installation Framework (Kaefer Engineering) for scaffolding systems.

Environment New for newts: better for wildlife, business and …