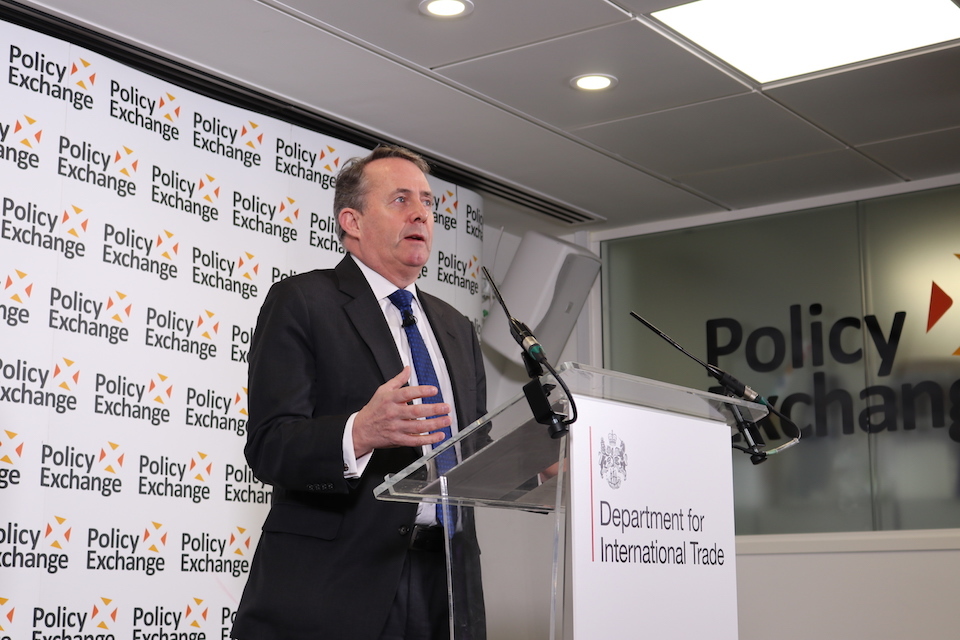 In a major speech today (Friday 1 February), International Trade Secretary Dr Liam Fox set out his vision for the UK’s place in the global trading system.

In his speech at think tank Policy Exchange, Dr Fox called for Britain to “remember that there is world beyond Europe and there will be a time beyond Brexit” as he looks at Britain’s place in the world and sets the “direction for our great political, diplomatic and economic energies.”

He set the UK’s priority to liberalise global trade in services, saying that “we live in a world where there is an increasing blurring of what constitutes a good and what constitutes a service and yet the regulatory system is a long way behind the curve.”

He also made the argument that while bilateral trade agreements are important, they are only one part of our global trading toolkit and cannot fully tackle problems caused by widespread agricultural or industrial subsidies. He said they cannot adequately address unfair competitive practices and “ultimately the economic benefits unlocked by such agreements are small compared to those of an agreement between all 164 WTO members.”

Dr Fox added that “true multilateralism is, and will remain, the gold-standard of international trade agreements.”

Finally, Dr Fox said that in an era where globalisation and rapid technological change are fundamentally changing the face of global commerce, “Britain will have a clear role in helping to identify and meet the challenges and opportunities ahead.”

Dr Liam Fox: A world beyond Europe and a time beyond Brexit