At the EUREKA Global Innovation Summit, hosted by Innovate UK, attendees can meet over 1,700 businesses from 65 countries to discuss the technological challenges outlined in the UK government’s Industrial Strategy.

As the flagship event of the UK Chairmanship of the EUREKA network, which aims to boost international partnerships in market-driven research and development, the summit features over 50 talks, panel debates and workshops covering artificial intelligence, data sciences, the future of mobility and clean growth.

[The UK] is the location of choice for businesses at the cutting edge of innovation and technology. Our UK economy’s latest Global Innovation Index rankings show our strength – moving up to 4th place from 5th in 2018.

Innovate UK wants the country to be the best place in the world for businesses to innovate and grow, to maximise the economic and societal benefits of innovation over the long term.

The UK Government’s modern Industrial Strategy is taking action to put the UK at the forefront of global changes such as new technologies and climate change.

Apple of the eye

The strategy forms part of the commitment for the UK to remain a global leader in science and innovation, aiming to boost investment to 2.4% of GDP in research and development through the Industrial Strategy. 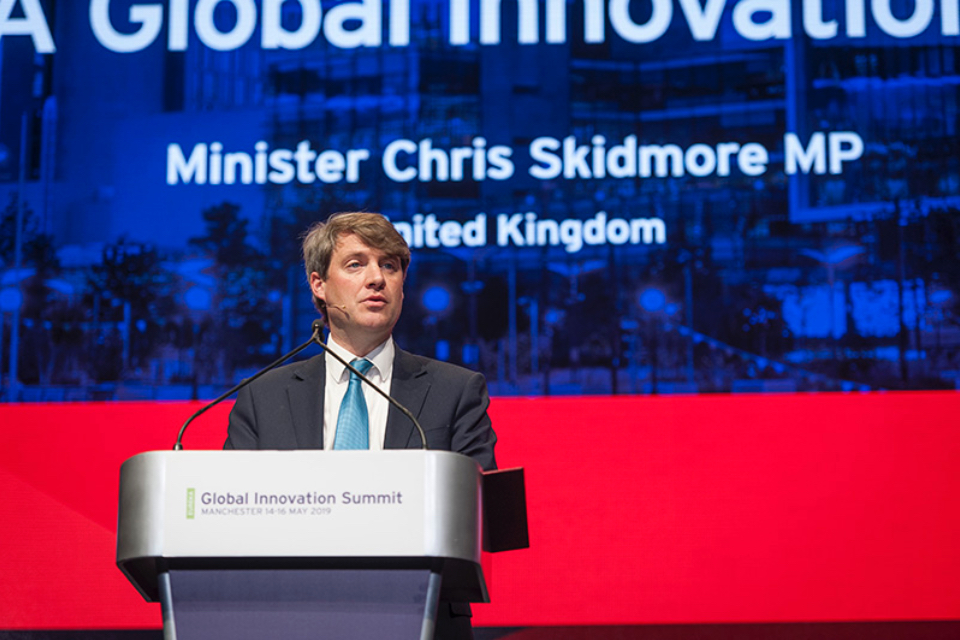 The International Research and Innovation Strategy reflects our aspirations to see the UK draw systematically on research and innovation collaboration to build its economic growth and face down our global challenges.

We’re already seeing success, with the biggest increase in public R&D funding on record, and business spend increasing by over a billion pounds in 2017 alone.

In future, our businesses won’t just be entering new markets, but they’ll be making them.

He also announced a £4 million competition for UK participation in EUREKA projects in 3 areas:

Take to the skies

The partnership between Innovate UK, the Aerospace Technology Institute and Innovair, the Swedish programme for aeronautics, as part of the EUREKA Network Projects, was also announced at the summit.

Aimed at furthering aerospace R&D projects between Sweden and the UK, 4 competitions will be awarded at the summit, totalling £2.25 million. Rolls-Royce will partner with Ascatron AB to develop new high-temperature electronics essential to numerous aircraft improvements including reduced weight and maintenance costs and greater reliability.

The sensors and electrical analysis project, led by ESI Group in Sweden and UK partners International Technegroup, will explore the use of complex sensors fitted about the aircraft to monitor conditions such as passenger experience and aircraft operations.