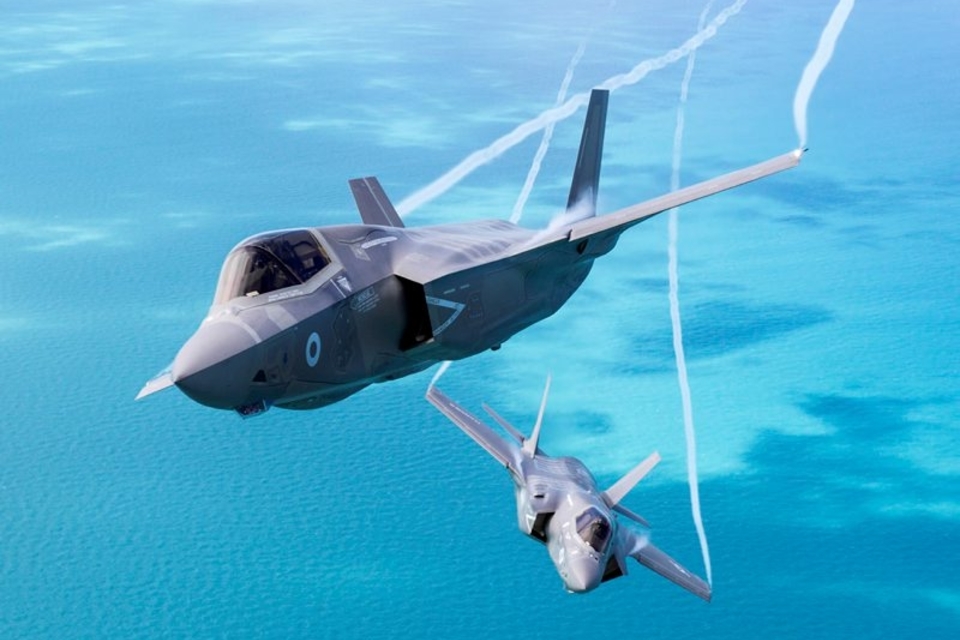 Several F-35B Lightning aircraft from 617 Squadron, “The Dambusters,” flew from their base at RAF Marham in Norfolk to spend six weeks at RAF Akrotiri as part of Exercise Lightning Dawn.

It’s just over 76 years since 617 Squadron formed to conduct ground-breaking operations, they are once again called upon to take a capability forwards for the first time. The exercise in Akrotiri will prove our ability to operate F-35 away from RAF Marham and allow us to learn the lessons of operating the air system whilst on deployment.

Today’s departure reflects a tremendously collegiate effort from the RAF, Royal Navy and industrial partners who are now focused on ensuring the deployment is as successful as the preparation phase.

Owned and operated by the RAF, the Lightning Force is jointly manned by both the Royal Air Force and the Royal Navy. This training exercise will allow personnel from both services to gain vital experience in maintaining and flying the aircraft in an unfamiliar environment.

The exercise will also examine all aspects of moving this aircraft to a new location, including logistics, maintenance, and sustainment of all the equipment and crew that comes with this impressive aircraft, whilst also enhancing its preparedness for its first operational carrier deployment.

It is a privilege to welcome 617 Squadron and the F-35B Lightning aircraft to RAF Akrotiri. This is the first overseas training deployment of the aircraft and marks another key milestone for the aircraft in UK service.

Akrotiri has been home for British Forces personnel for nearly 70 years; we are hugely grateful for the support and hospitality from the people of Cyprus and I know that all those involved in the F-35 programme, both Royal Navy and Royal Air Force, are delighted to be here.

What is important now is to maximise the opportunities that being in Cyprus presents and ensure we learn the lessons from what I know will be an incredibly successful deployment.

The Lightning, as the aircraft is known in the UK, is the first to combine radar-evading stealth technology with supersonic speeds and the ability to conduct short take-offs and vertical landings. With the ability to operate from land and sea, the F-35 forms a vital part of delivering a ‘carrier strike’ capability to the UK when combined with Britain’s new Queen Elizabeth Class aircraft carriers.

The UK currently owns 17 F-35B aircraft with the reformed 617 Sqn arriving back in the UK last year. More jets are due in Britain over the coming years, and there is an overall plan to procure 138 aircraft over the life of the programme.

The F-35 is the world’s largest defence programme at over $1.3 trillion, with UK industry providing 15% by value of every one of over 3,000 jets set for the global order book. That makes the economic impact greater than if we were building 100% of all 138 aircraft which we intend to buy. The programme has already generated $12.9 billion worth of orders and at peak production will support thousands of British manufacturing and engineering jobs.