After more than 40 years in the emergency services, “Taff” Jones has retired from the Defence Science and Technology Laboratory (Dstl) fire service at Porton Down.

Originally from North Wales, Taff joined what was then the Chemical Defence Establishment in 1978.

All we had in those days was two Bedford trucks, a bowser and a fire pump. And the fire crews also doubled as the ambulance drivers.

Taff has seen huge changes at Porton Down over the four decades. “When I arrived we lived on site and the kids went to school here too. It was very much a community, even with its own garden allotments. Now there are thousands more people and many of the old buildings have been replaced. We used to operate out of some old workshops, now we have a purpose built fire station. 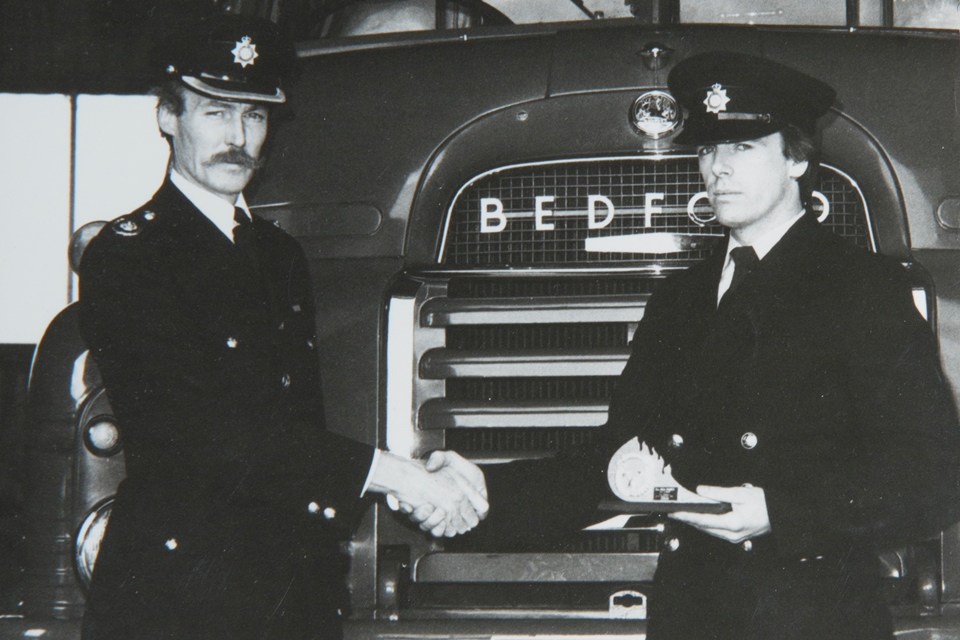 The kit we have got now is incredible. Chemical detection suits, HazMat [hazardous materials] suits, cutting gear – it’s a world apart from the hammers and crowbars we used to have.

Part of those changes involved the fire service being contracted out to facilities management providers, and the service is now run by Serco. “But I’ve always considered myself a site man,” added Taff.

He’ll be kept busy with children and grandchildren, and is also looking forward to building up his occasional painting and decorating jobs into a business.

I’ll miss the camaraderie and being part of a team,” said Taff, who retires as Watch Manager at the end of March. “I can truly say it has been a pleasure to be a part of the Porton Down site. I would like to wish everyone all the best in the future as it continues to grow in size and capabilities.

Taff has been one my senior leaders since my arrival on site in 2008. His knowledge, skills and attitude have been exemplary and he will be sorely missed by all at Porton Down.