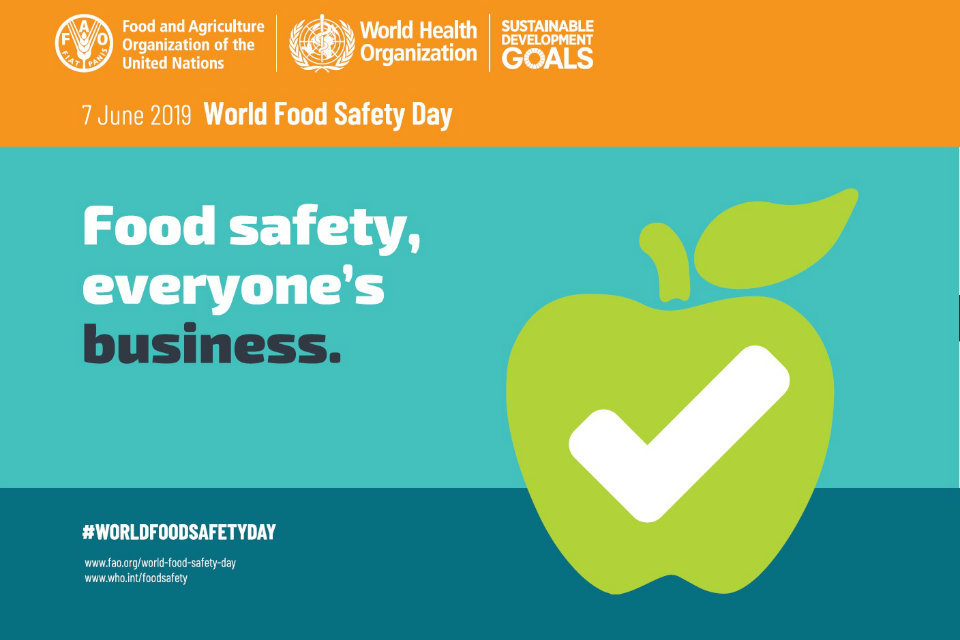 Today, 7 June, is the first World Food Safety Day, a day agreed by the United Nations General Assembly, and during which all stakeholders are invited to raise global awareness about food safety in general and to highlight that everyone involved in food systems has a part to play.

Everyone has the right to safe, nutritious and sufficient food. Still today, almost one in ten people in the world fall ill after eating contaminated food.

Food safety has been the business of the Government Chemist role since it was first appointed in 1875 to protect the public from fraud, malpractice and harm. In those early days the work of the laboratory was focused on the detection of adulterants in milk, butter, flour, beer and many other every-day food items.

To this day, the Government Chemist continues to work on resolving scientific disputes in the food and feed sectors, giving advice to regulators and industry, and carrying out research. Our statutory focus is as an independent referee affording regulators and businesses alike the right of technical appeal in the official food and feed control system. These are some examples of the work of the Government Chemist in ensuring food is safe to eat:

The Government Chemist team’s aim is to continue contributing to making the world safer by ensuring food safety. For more information about the work that we do contact:

Environment Green light for next stage of Leeds Flood Allevia…

Environment Disease-tolerant trees to be planted in UK’s &#…
0
✖