On the first visit by a UK Foreign Secretary to Senegal in nearly 20 years, Jeremy Hunt will champion a new UK diplomatic push across the continent of Africa, including French-speaking countries where the UK has traditionally played a smaller role.

This page will provide an overview of the visit with links to the main announcements.

The UK will fund a new £4 million English language programme in French and Portuguese speaking countries across Africa, and Jeremy Hunt launched the ‘English Connects’ programme at the Université Virtuelle du Sénégal in Dakar. Over the next 2 years, it will support the teaching and learning of English in sub-Saharan Africa countries where English is not widely spoken. 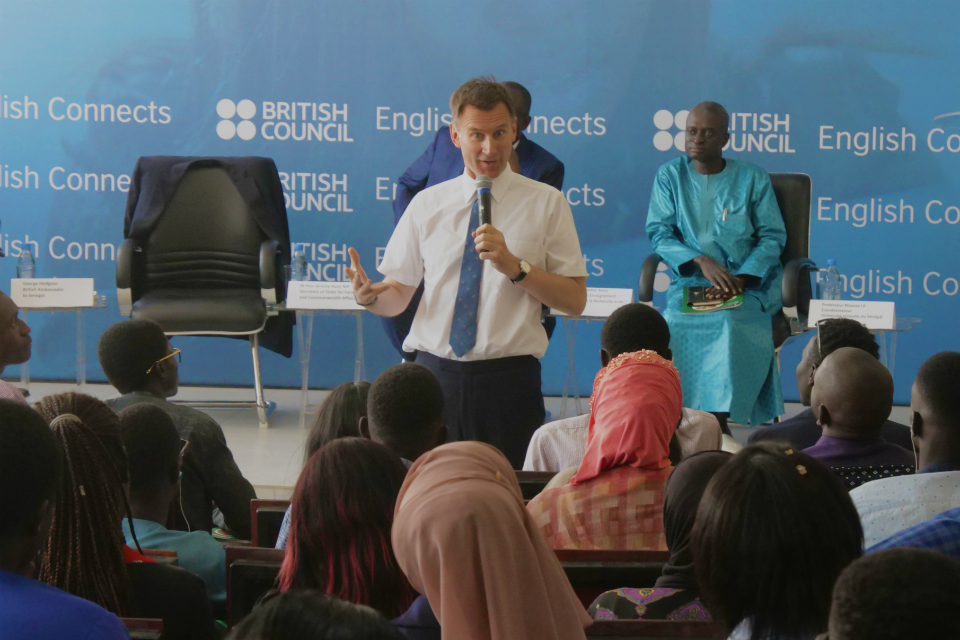 The Foreign Secretary speaking at the launch of English Connects.

Today the Foreign Secretary is in Ghana, where he welcomes new business deals with British companies. For example, the Ghanaian government has approved a £26 million agreement with British business Aqua Africa to reduce water poverty in the country.

Later today the Foreign Secretary will visit Nigeria for the inaugural meeting of the UK/Nigeria Economic Development Forum.

Foreign Secretary visit to Africa: April to May 2019

International Affairs No reconstruction assistance without a credible p…