Jeremy Hunt will champion a new UK diplomatic push across the continent of Africa, including French-speaking countries where the UK has traditionally played a smaller role. This page will provide an overview of the visit with links to the main announcements.

The UK will fund a new £4 million English language programme in French and Portuguese speaking countries across Africa, and Jeremy Hunt launched the ‘English Connects’ programme at the Université Virtuelle du Sénégal in Dakar. Over the next 2 years, it will support the teaching and learning of English in sub-Saharan Africa countries where English is not widely spoken. The Foreign Secretary speaking at the launch of English Connects.

The Foreign Secretary visited Ghana on Tuesday, where he welcomed new business deals with British companies. In one such deal, the Ghanaian government has approved a £26 million agreement with British business Aqua Africa to reduce water poverty in the country. 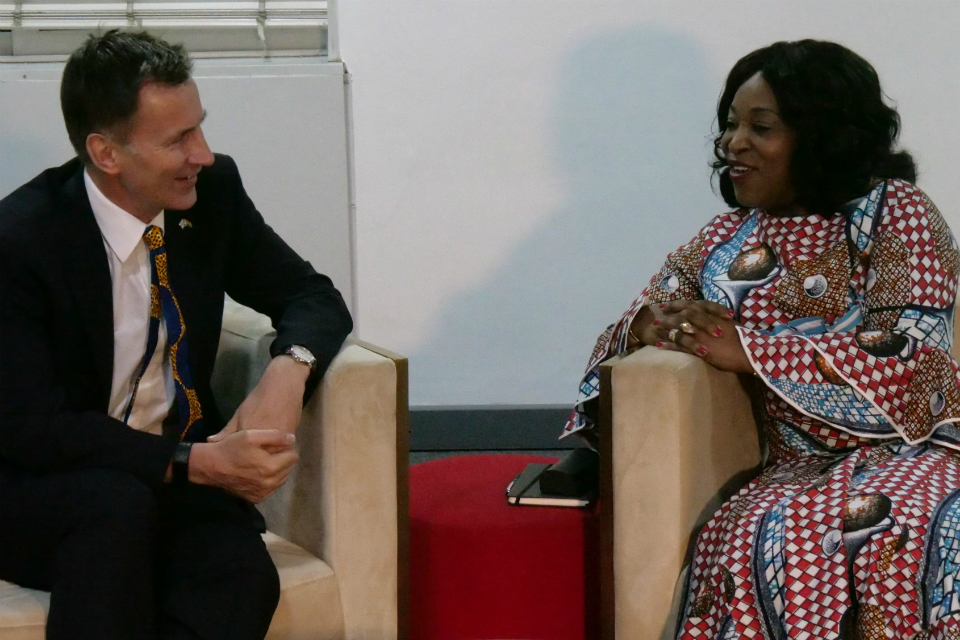 The Foreign Secretary arrived in Nigeria later on Tuesday for the inaugural meeting of the UK/Nigeria Economic Development Forum.

Climate change could have a catastrophic impact on hundreds of millions of people across Nigeria, the Sahel, and more widely across Africa, hitting the poorest and most vulnerable the hardest. Jeremy Hunt announced nearly £153 million funding for new UK aid programmes to help farmers across Africa and South Asia adapt to the effects of climate change and boost climate resilience in Ethiopia.

Foreign Secretary’s visit to Africa: April to May 2019