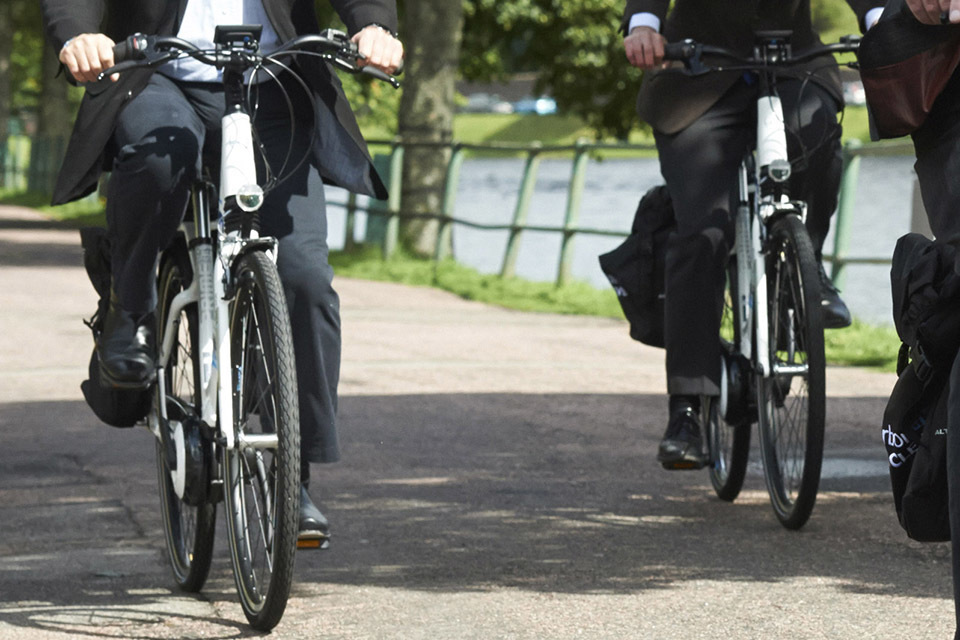 Commuters will have more opportunities to boost their health, benefit the environment and speed up their journey to work, thanks to updated Cycle to Work guidance.

Cycling Minister Michael Ellis has announced a refreshed scheme today (9 June 2019), which could help many more commuters turn to greener journeys using e-bikes, 70,000 of which were sold in the UK last year.

E-bikes have an integrated motor that helps a cyclist pedal, allowing them to reach speeds of up to 15.5 mph in the UK. They are seen as a game changer for their potential to make it easier for older or less fit people to make cycling a part of their commute.

The refreshed guidance will make it easier for employers to provide bicycles and equipment including e-bikes worth over £1,000, by making it clear that FCA authorised third party providers are able to run the scheme on their behalf.

Cycling is a vital and easy way to improve air quality, reduce pollution and create vibrant towns and cities.

Making sure that bikes are easily available is crucial to helping more people make the switch to greener modes of transport. Ensuring people of all abilities and fitness levels can cycle together is a key part of this.

I want everyone to feel empowered to make cycling a part of their everyday lives, and our refreshed guidance provides many incentives to help people do this.

First introduced by the government 20 years ago, Cycle to Work schemes have helped thousands of people clean up their commute.

They promote cleaner, healthier journeys to and from work by allowing employees to save money on a new bike or accessories via a salary sacrifice scheme.

As well as boosting air quality and reducing emissions, the refreshed guidance announced today could also make daily commutes cheaper. A recent survey of 2,000 commuters (commissioned by Evans Cycles) estimated that by switching from car, bus, tube or train to e-bikes, commuters could save an average of £7,791 over 5 years.

The Cycle to Work guidance is the latest development in the government’s plans to get more people taking up active travel options.

Through the Cycling and walking investment strategy, the government will invest around £2 billion on active travel over the course of this Parliament – doubling spending per head compared to the last Spending Review period.

The government is also working to drive down emissions across all modes of transport, committing to end the sale of new conventional diesel and petrol cars and vans by 2040, investing in hybrid trains, doubling investment in cycling and walking since 2010, and launching the £2.5 billion Transforming Cities Fund which will develop innovative public transport schemes in some of England’s biggest cities.