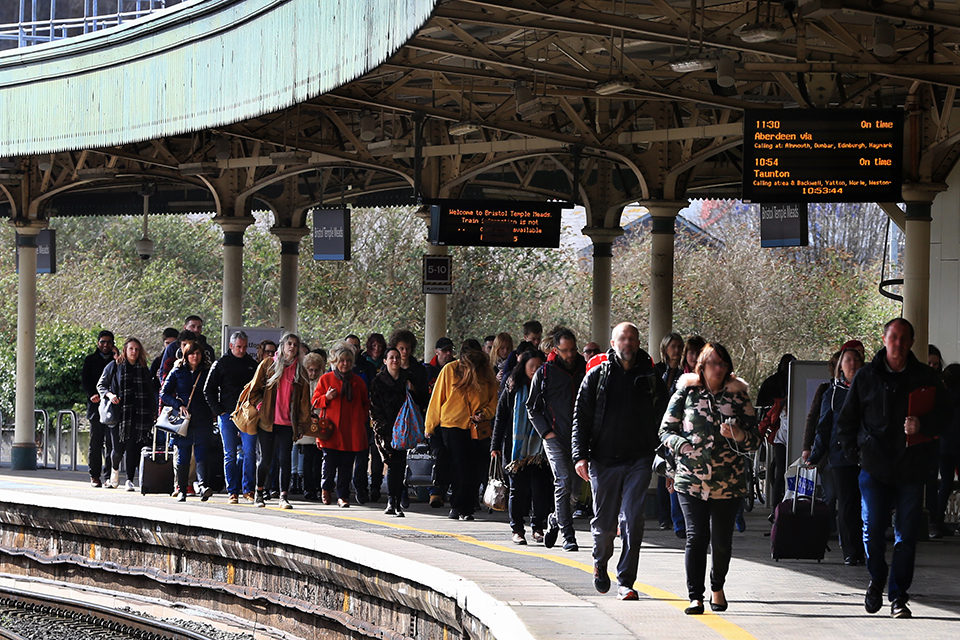 Passengers on half of rail operators run by the Department for Transport are now eligible for improved compensation schemes when their trains are delayed by 15 minutes or more.

And since Tuesday 2 April 2019 South Western Railway passengers are able to access an automated Delay Repay system, cutting the time and effort needed to claim payment for late trains.

Ensuring reliability and punctuality for passengers is our top priority, but when things go wrong passengers must be suitably reimbursed. That’s why we’re working to introduce Delay Repay 15 on all our franchises, as well as automated ‘one-click’ compensation on future franchises.

I’m delighted to see that half of DfT franchised train companies are now signed up to Delay Repay 15 schemes, which shows we are making important progress in creating a railway focused on putting the passenger first.

DR15 has already been introduced on GTR, South Western, West Midlands, c2c and Northern. Today’s milestone fits into the wider work announced by the Secretary of State last October to make compensation quicker and easier to claim, including rolling out Delay Repay on all operators and introducing ‘one click’ compensation on future franchises.

The government has also worked with industry to introduce a new rail ombudsman, providing a free, easily accessible dispute resolution scheme for when passengers are dissatisfied with the response to their complaint.

The launch of DR15 allows eligible passengers to claim money back on services delayed by 15 to 29 minutes. Previously, compensation applied only to delays of at least 30 minutes or more.

Automated Delay Repay works for all customers who have bought Advance Purchase tickets from the SWR website and for Touch Smartcard season ticket holders.

Find out more about the: